We told you earlier this week that an announcement had been rumored at E3 2016 during Bethesda’s press conference, but one one retailer has gone ahead and listed The Elder Scrolls 5: Skyrim Definitive Edition up for release.

That retailer is Base and if true the PS4 and Xbox One version of the game is out on Wednesday November 23, this year. No other details are included with the listing, but the price of £39.99 is mentioned so it could mean a US price of $30. 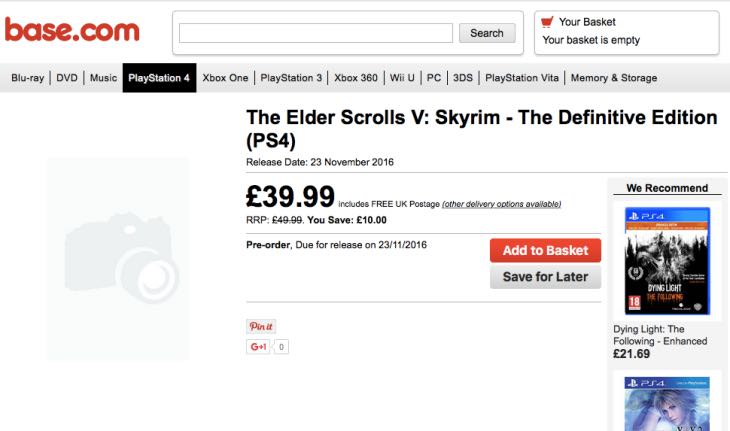 The big question is if Bethesda has made any other changes to the game aside from the bump up in visuals to support PS4 and Xbox One. We’ll probably have to wait until E3 to find out this information, but the good news is that we don’t have long until that event as it takes place Sunday June 12.

Either way, we can’t wait to revisit this classic so let us know your thoughts on the Definitive Edition and leave a comment if you are willing to pay £40/$30 for this.