If you go looking at the Dishonored reviews on all the websites that matter you’ll find it hard to hit a negative review, which is thanks to the game being outstanding in most areas although for those still bitter about Skyrim Dawnguard on PS3 it doesn’t matter how good the game is, they’re not buying it. Interestingly it’s not Bethesda that developed this game, but thanks to the role of publishing Dishonored it seems the lack of Skyrim Dawnguard and other DLC on the PS3 will affect sales in some way.

The worldwide sales charts will update within the next 24 hours and show just how well Dishonored has done in its first week for the UK, US, and other countries. Some gamers believe these figures will be poor and not as expected, and while we’re hearing from PR readers complaining about no Dawnguard and Hearthfire for PS3, we feel the sales will still impress.

Unhappy Skyrim owners on PlayStation 3 — some people love the game so much, we know the feeling after putting in well over 600 hours ourselves, they can’t help but want Skyrim DLC to launch on the PS3. There have been a number of gamers trading in Skyrim thanks to the lack of downloadable PS3 content, but it’s also clear that a large number of people are holding out in the hope Sony/Bethesda release Hearthfire and Dawnguard on the PS3. 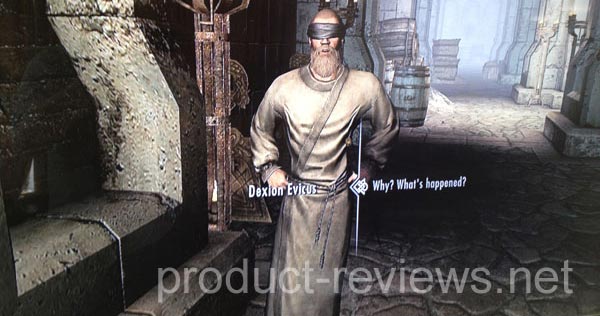 You don’t need to look far to see that the Dishonored PS3 sales will in someway be affected by problems with Skyrim Dawnguard, and our earlier article about users shunning Dishonored received comments that only confirmed this. Since then we’ve been contacted by a number of PS3 gamers explaining their sorrow and also mission to boycott Dishonored.

Comments like “when Dawnguard and Hearthfire are released on PS3 I’ll buy Dishonored” are common, and others also point out they know Bethesda only published the game but state “we don’t care”. They continue “why would I purchase a game published by Bethesda after the way PS3 owners were treated with Skyrim DLC and a developer that can’t bring DLC to the PS3, which is a system that has been around for years“.

These are just a couple of comments from owners of Skyrim on PS3, and all they want is Dawnguard to receive a release date rather than silence over any possibility. Saying “we’re working on it” doesn’t cut it for some gamers after this long, and some people think refunds should be offered to PS3 owners. This is unlikely to happen considering DLC is an extra.

It has been a long time since the first Skyrim DLC landed on the Xbox 360, but if you’re a PS3 owner still with Skyrim we’d love to know if you hope Dawnguard and any future DLC will arrive on your platform at some point? Also how much would you be willing to pay for Dawnguard, if it releases, considering its late arrival?