Facebook has had several new services linked with it in the past but the most significant of all was when the site merged with Skype to allow video chats with friends from one site to the other back in July. Now a Skype update has integrated a new service that allows Facebook members to video call other users of the site online.

Skype first began integrating Facebook into their service over a year ago when they started allowing users to link their Facebook contacts to their Skye desktop. In order for the latest update to work users must first link their Facebook and Skype accounts, as the Microsoft owned firm’s design chief, Rick Osterloh explains. Users can then select a Facebook friend in their Skype contacts and hit the video call button to begin talking to them on Facebook face to face.

According to Metro, Osterloh went on to say that Skype’s new beta version 5.7 allows group screen-sharing for Windows users and version 5.4 gives better video rendering to Apple Mac computer owners. Push-to-talk support is also enabled which lets users use Skype like a walkie-talkie. Experts say the timing of the recent announcement is perfect as Facebook just closed a deal to bring Bing search to their site.

Skype was purchase for $8.5 billion dollars by Microsoft, who has every intention of integrating the VOIP service into their products which include Office, Xbox Live and now Windows Phone. The company has also reassured existing users of Skype that it will still remain available to products not necessarily associated with Microsoft. As the Windows Phone OS attempts to take off in the market, being fairly new and taking on the already successful iOS and Android OS, Skype integration is likely to play a key part. 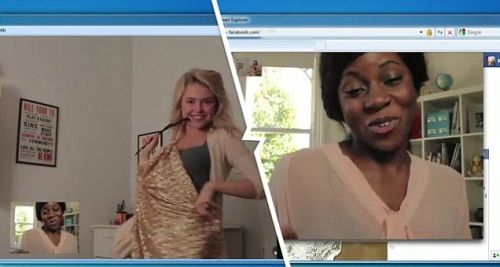