We recently brought you news of Skype’s expansion to over 500,000 hotspots around the world, even news previously of being able to stream the app through your TV. Today we have news of an announcement that was made at the MWC 2011 earlier this week.

The announcement came from both Qik and Skype, who together will improve T-Mobile and Sprint devices video calling technologies while also developing further Skype’s video calling for Verizon LTE. While making this announcement Rick Osterloh also let slip a possible partnership with AT&T could see Skype integration on their devices, saying ‘watch out for some announcements there.’

According to an article in Slashgear making video calls in the U.S is not quite as smooth as it should be but that could change with Verizon’s LTE, Osterloh saying ‘LTE is a significant technology change.’ You can see which Verizon phones work best with the new Skype service at PC Magazine, who also report this new development. 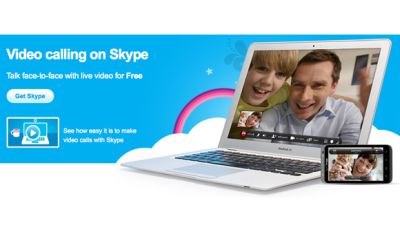 PC Magazine go on to report how Osterloh explains this is possible. He says that the technology moves network capacity up by ‘an order of magnitude.’ With LTE’s new 4G networks, the vision of Skype’s video call ability and Qik’s video sharing, video mail and live streaming abilities combination would see smoother calls in the U.S.

Do you agree with this statement? What other improvements would you like to see involved with Skype? Let us know what you think.

Update From Skype Spokesperson
Skype currently has nothing to discuss or announce regarding future developments with carriers in the US and globally. We make a deliberate point to avoid any forward looking statements.