Skylanders Trap Team will be released tomorrow in the UK and no doubt parents will have to head to stores in order to buy the Skylanders Trap Team Starter Pack to keep their little ones happy. People will be heading to the likes of Asda, Argos, Game, SMYTHS and Tesco to make their purchase, although Sainsbury’s will also be selling the game in-store. We will be unable to get a price, as they no longer sell video games online, maybe we will have to take a trip to the local store tomorrow in order to see how much they will sell the game for.

Starting of the price roundup is the Skylanders Trap Team Starter Pack at Asda. The pack for the Tablet, PS4, PS3, Xbox 360 and One are £49 and the Wii version £46. Don’t expect a better deal at Tesco’s, as they want £48 for the previous generation consoles and £53 for the new-gen models, which also includes the Wii U. 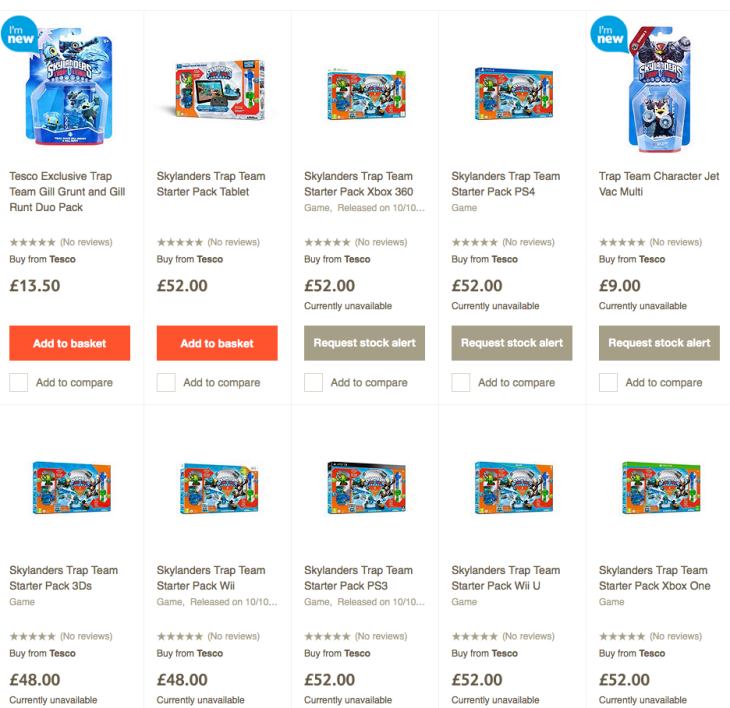 From what we can see, it would seem that Asda is the best place to purchase the Skylanders Trap Team Starter Pack in the UK.