We have some great news now for those of you who own an Android-based device, as an updated version of the Skyfire mobile web browser for Android has just recently been released. Version 3.2 features a few improvements over the previous version, as well as fixes a number of bugs.

As a recent article over on the phonescoop.com website by Eric M. Zeman reports, the updated version — which is free to download from the Android Market and requires Android 2.0 OS and later — includes several new features such as improved stability and faster start-up actions.

The updated mobile web browser app is aimed at making user search much easier, with a new search box that can be found at the top of the toolbar UI. According to mobiletor.com, users can simply enter a search term once and instantly get results from VideoSurf, Facebook and Google etc. 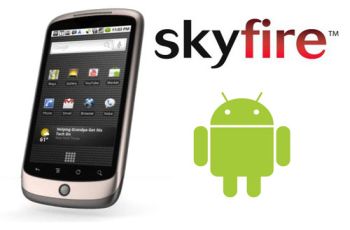 Users should also experience better video viewing quality with Skyfire version 3.2, thanks to the increased content providers. The upgrade was also aimed at removing bugs and several crashing issues that users were encountering on certain Android devices.

Are you currently using a previous version of the Skyfire app for Android?