Whether you follow Arsenal, Manchester United, Chelsea, Manchester City, Liverpool or any other team in the Barclays Premier League; you will be eager to know throughout the day the latest football transfer news. There are several ways in which you can do this, such as watching sports reports on the TV, or by use of one of the official football club apps.

However, there is an easier option, and that is with the Sky Sports Live Football app. During the season this app is used to deliver the latest scores and match data, but for now you can use it as a way to learn live transfer news.

This not only covers all the UK leagues, but the latest European league transfer news as well. 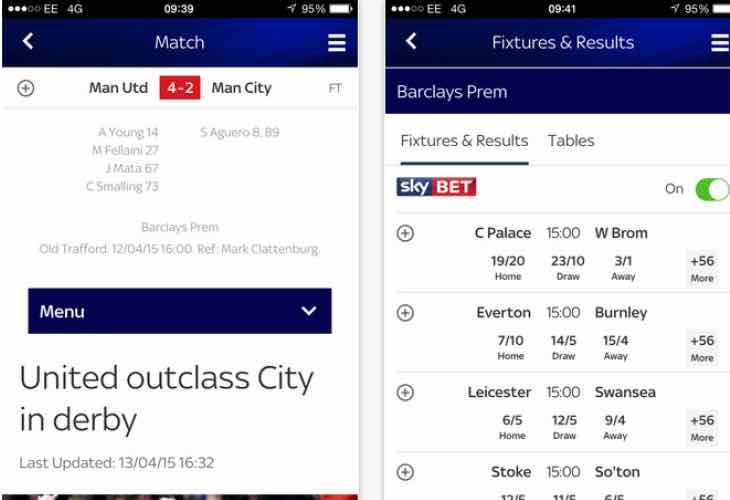 You can download the app now for Android or iOS devices, with the former being on version 4.2 and the latter 4.1.

The latest version of the Sky Sports Live Football app was updated last month and brought with it design improvements and bug fixes. As for the version for the iPhone, iPod touch and iPad, this was updated back in April and fixed a critical bug, support for Apple Watch notifications, Vidiprinter improvements and several other bug fixes.

As for the latest Football transfer news it looks as though LVG is chasing a mystery striker, Stones is interested in a move to Chelsea from Everton, and Luis could be set for a return to Atletico.