The SKY Go app connects television subscribers with a massive database of content, but it does so with a few limitations on various platforms. Two of the most requested features include the SKY Go app needing HD support added to the next iPhone and iPad update, plus the app needs to be available on Xbox One.

Apple’s iTunes page for the SKY Go app explains that version 4.2 added a few bug fixes, improved performance and stability, poster art for Sky Movies, but nothing in relation to high definition support. The last update went live on January 27, so it will be interesting to see if the next version answers the requests for HD streaming. 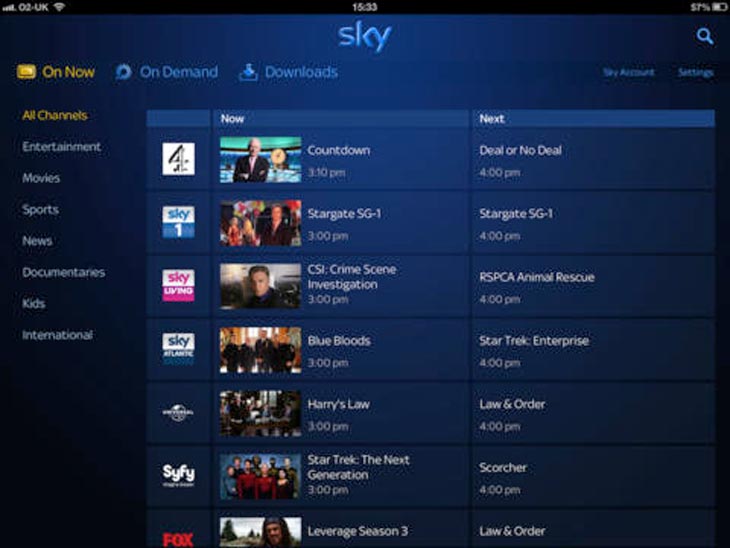 It is not clear why the Xbox One doesn’t feature the SKY Go app, as it works just fine on the Xbox 360, but we do expect it to arrive in time. One Product Reviews reader had this to say after contacting SKY support, “I asked Sky when their Go app will release on Xbox One, as it’s on my 360, and they just said there’s no current plan to release it. I hope this is just a lack of information for this support worker, as it seems crazy not to launch the Sky GO app on the Xbox One”.

Do you agree that SKY Go needs HD support with the iOS app and an Xbox One app launched? If there’s something else you want more with SKY Go, then leave a comment below.

We have seen a few comments in forums and on the official iTunes page complaining about streaming errors, or not being able to watch football when they subscribe to that Sky package, but after reviewing the Sky Go app this week we didn’t have any such problems. We do want to see our Xbox One gain the app though, although there’s been no confirmation of when this might be at the time of writing.