Sky has confirmed their broadband service is not working in certain UK areas today. Mainly hurting the North West, we are hearing both Liverpool and Manchester Sky broadband is down right now.

Unfortunately, it looks like this is a major issue right now, as we are getting complaints in from many users who are saying that their Sky broadband isn’t working full stop and hasn’t been for several hours.

A quick check on the official Sky broadband service status confirms that there is a problem. At the moment, Sky also has a live ticker at the top of their website which reveals that Liverpool and Manchester are the worst hit areas above anywhere else. 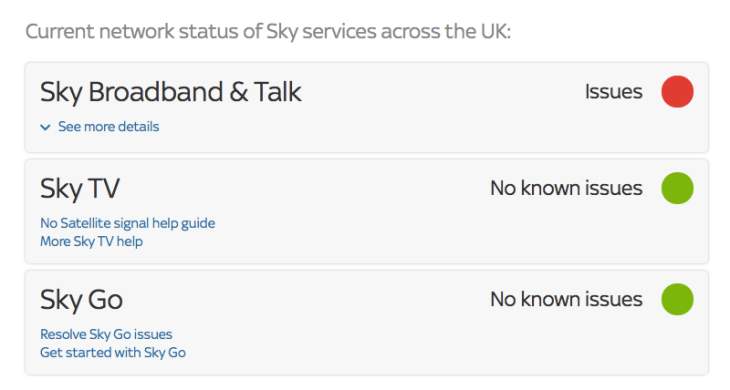 Even worse, is that some consumers have told us that this is the second time this week in which a Sky broadband outage has occurred. Sky Talk is also down as well as it’s connected to broadband, so hopefully the outage will not last much longer.

Keep checking the status page for the latest updates, while you may want to keep an eye on Sky’s Twitter page here as they will let everyone know when Sky broadband is back up via Twitter.

How do you feel now with no broadband service on Sky – how many times have you been disconnected from their service?