We have some important news to bring to Sky customers now, as we can confirm that there are major Sky broadband problems on November 9, with a fibre break in the South Midlands area of UK which is causing long periods of downtime.

Sky has just acknowedlged the issues on Twitter and we can bring you the following statement from the company which also lists the towns in which Sky broadband internet is not working today. 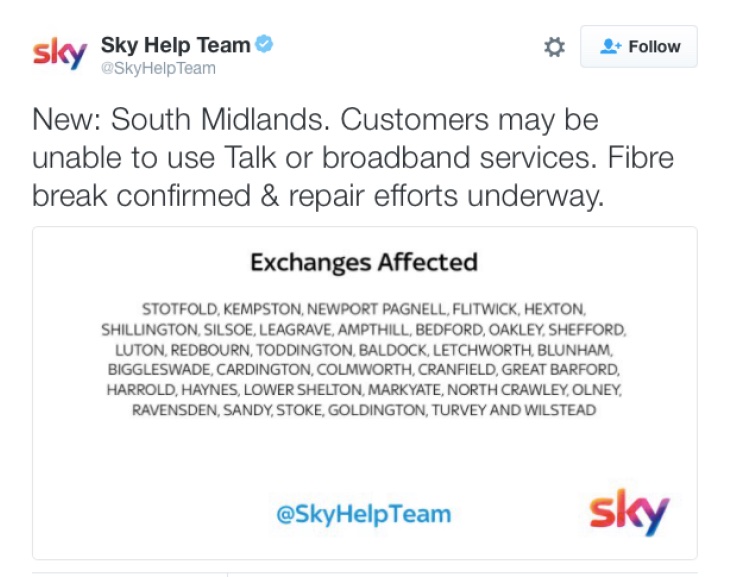 As you can see the Sky broadband outage extends to areas such as Bedford, Hexton, Luton, Cranfield and also affects those who are on Sky Talk as well.

We’ve since heard from Sky that to fix the problems it requires physical work so they have warned customers who are affected that it may take some time before service is resumed.

You can keep checking our Sky broadband outage page for the latest updates from those caught up in this. Let us know how long you have been without Sky broadband today.