Those of you who own an Apple iPhone have been able to access the Sky+ app for quite a while now, but we’ve just learned that it is now available for the Apple iPad. The iPad version offers users detailed descriptions of shows all across the Sky channels, as well as recommendations.

According to a recent article by Gerald Lynch over at techdigest.tv, the great (and key) feature of the new Sky+ iPad app is its ability to set up show recordings from anywhere in the world, linking up to your Sky+ box and saving your favorite shows for when you get home. 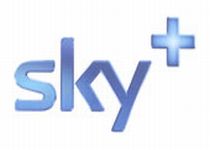 The app is also linked with Sky’s other app for the Apple iOS, Sky Mobile. This means that customers who have both Sky apps downloaded can click directly through to Sky TV from their Sky+ app, and gain access to any of the app’s live content from either the Sky News or Sky Sports channels.

You can learn more about this app or download it via itunes.apple.com. The app is free to download, and requires Apple iOS 3.1.2 or later to run. Have you already got this app on your iPhone? If you have and you also own an iPad, will you be downloading the app for that too?