We have just hours to go until the latest Iron Banner event kicks off in Destiny. The big prize on offer is the Skorri’s Revenge Pulse rifle, the first time that this new legendary weapon is going to be available.

With this in mind, we want to build up a collection of Skorri’s Revenge reviews from users who are lucky enough to win one on Tuesday once Iron Banner is live.

Right now, there is literally no information on the weapon and so we can see that many players have been looking to find out how good it compares against other pulse rifles and if it is top-tier category. 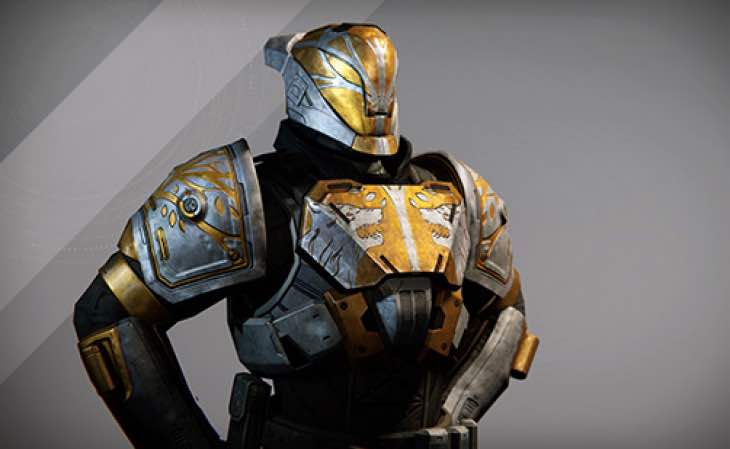 What we do know is that it will come with perks such as Ascend which can increase the Attack value of the Skorri’s Revenge to the highest available in year 1.

Strengths include a rate of fire of 77, 58 for stability and 48 for Reload. There’s 30 rounds in the magazine but it does suffer from a poor Impact stat of 4. 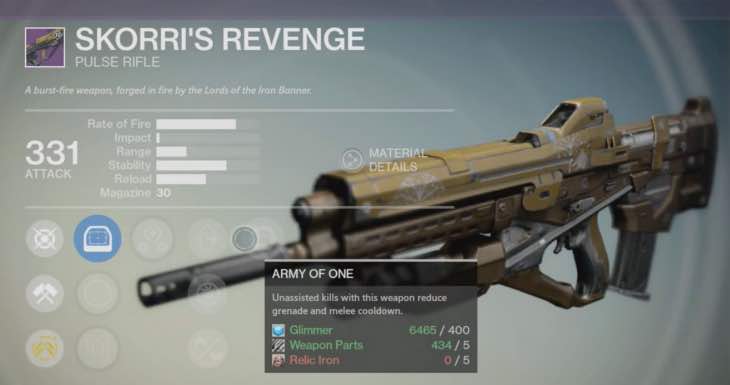 Remember Iron Banner goes live at 10am Pacific Time on Tuesday June 30. For those that manage to win the Skorri’s Revenge, please leave your thoughts on the weapon to give other players a heads-up on if it is worth going for.

Could the Skorri’s Revenge end up being the best Pulse Rifle in the game?