Earlier this month EA released the Hawaiian Dream DLC for Skate 3, if this was not enough additional content for you we have some good news, more DLC is on its way to both Xbox 360 and PC.

This download content will be called the After Dark DLC, this will arrive on July 27th and will set back Xbox 360 gamers 400 Microsoft Points, this should mean that PS3 gamers will pay $5, however this has not been confirmed.

If you are interested in buying the DLC check inside your Skate 3 box beforehand, some Skate 3 owners will get the DLC for free as a code is on the game’s box insert.

Apparently the After Dark DLC will bring two new locations for you to skate in (both set at night time), these are the OG San Van DIY park and the Sanitarium. The DLC will also allow you to ‘kit up’ your skater with new clothing and boards etc.

If you check out the source link below you can see three screens from the upcoming content, we have embedded one of these below. 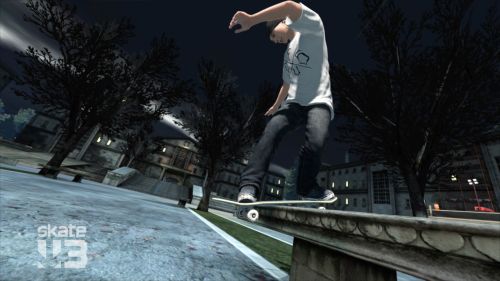