We are not quite done with the special player cards for FIFA 15 just yet. EA will soon be unveiling the FIFA 15 Futties players list and one of the big names to miss out was PSG goalkeeper Salvatore Sirigu.

We can now give you a good heads-up on the confirmed list of players that will be unveiled, since the voting has now officially closed.

For those that don’t know, we can also remind you that the Futties cards for FIFA 15 will go live in-game on Wednesday – we’re assuming early evening UK time as usual. 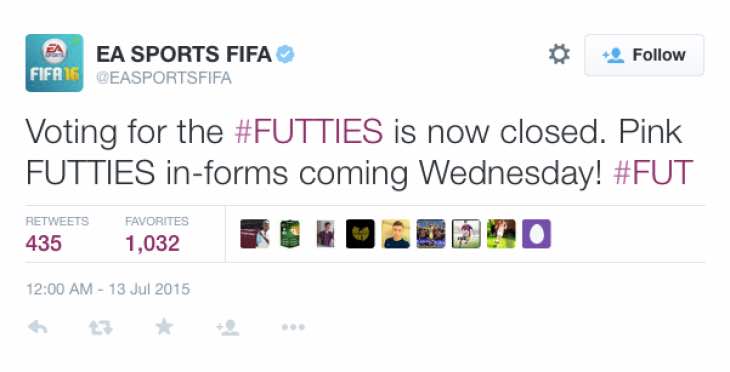 During the voting stage, a fierce battle between Sirigu and Hugo Lloris was developing. This was for the right to be crowned ‘In Safe Hands’ winner and it looks like Lloris has managed to beat community favorite Sigiru by a small margin.

Other FIFA 15 Futties squad players likely to be on the way are Gareth Bale, Daniel Sturridge, Cavani, Rooney, Marco Reus and even Ronaldinho which fans are very happy about.

You can check a preview of what is coming by watching the video below. The question is, did you vote for Sirigu as goalkeeper and are you unhappy that Lloris was chosen instead?