The next update to the Mac operating system is to be called macOS Sierra, and looks set to become one of the biggest updates yet, not only by name but new features as well. One of the most important features for users will be Siri on Mac, and now that it’s been a few days since the OS upgrade was first announced, there have now been a multitude of early reviews.

One such macOS Sierra review looks closely at Siri on the Mac in action in a 2 minute video review – well 1:57 to be more precise. This may not be the most in-depth look into the new feature, but it gets straight to the point and showing you how it works.

Watching the video will give you a taste of how Siri can search your files to locate content quickly on your Mac device; along with sending messages, opening up apps and so much more. 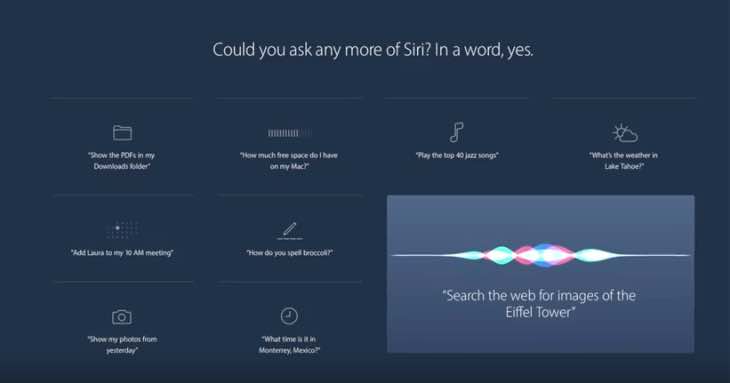 Ok, so we can see that things can work slow at times, but being as though this is currently a Preview version for developers, things should start to speed up the further we get into the development program.

It will be interesting to see what improvements would have been made by the time macOS Public beta is released in July, but we suspect it would have progressed even further than what devs are using right now.

You can view the video below.