The need for SingStar to release on Sony’s PS4 is clear, although this won’t be the same desire for those that hated the SingStar icon being forced on them with a PS3 firmware update.

If you invested a lot of money in songs for SingStar on PS3, then you would want those purchases transferable to PS4 if you are moving to Sony’s next-generation console that lacks support for PS3 games.

The other problem right now is the lack of a SingStar game or app on PS4, and we haven’t heard a clear message from those behind the sing and dance game.

It makes sense to see SingStar release on PS4 thanks to a massive following and the dilemma for early upgraders is the fact that the SingStar app isn’t present on the menu or as a digital download. 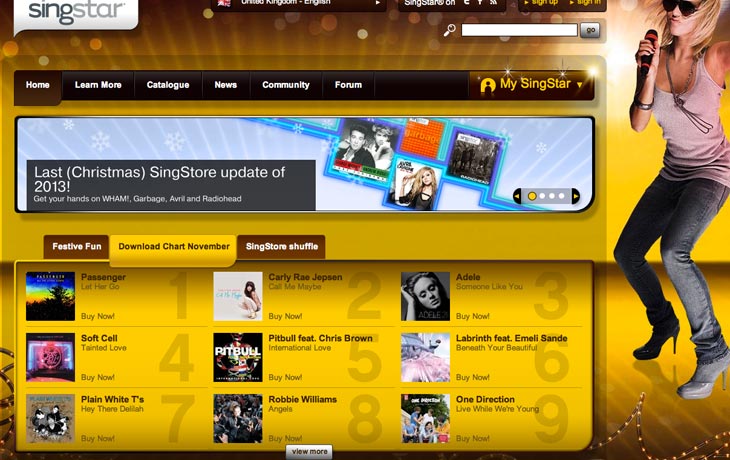 Feedback being left with SingStar support – you only need to take a quick look at SingStar’s social channels like Facebook to see the demand for the game to launch on PlayStation 4. One Facebook user left a message on the official SingStar page stating, “I refuse to purchase a PS4 until Singstar is on there and I can watch 3D movies”. Another added, “When are we getting PS4 Singstar?”.

This is just a couple of messages from hundreds in forums and on Facebook, although most just ask the simple question of when will SingStar see a PS4 release date? This has been the message before the PS4 launched and now a few weeks later as well.

How much money have you spent on SingStar songs, and do you want the app to launch on PS4? If you would like to see SingStar release on PS4, then leave a comment below and let us know how much money you have spent on songs for SingStar.

Seeing store song updates on the SingStar news channel is nice, but what we really want is solid news that the app will arrive on PS4 next year and our music can be transferred for free.