You can simulate The Witcher 2 save on PS4 with the latest Witcher 3: Wild Hunt game, which has led some people to ask if they should turn this on or off? In a nutshell, you will reach a certain point in the game when you’re given the choice to either start fresh or answer a few questions in regard to how you played in the previous game.

This means the way you answer these questions brings varied results, although it’s not entirely clear from the start. This has certainly confused a few PS4 players, especially considering it’s the first game in this series to reach PlayStation. Of course, this results in not being able to import your game saves from The Witcher 2, but that problem doesn’t exist on PC thanks to an import save feature.

CD Projekt created a scene in The Witcher 3, as a workaround, which will see Geralt answer some questions about the choices made in the last game at certain points of the story’s plot. This means the new Wild Hunt game will change and play out differently depending on how you answer. 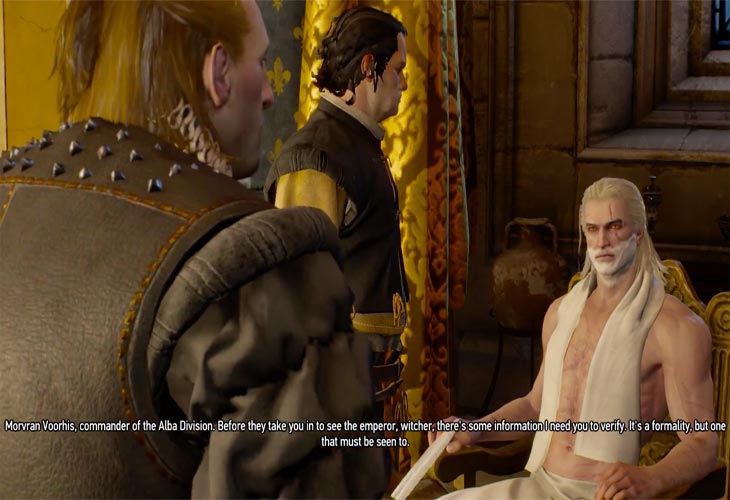 Confusion with simulating The Witcher 2 save – we have heard directly from a few PS4 players in regard to this scene where you simulate a Witcher 2 save, especially considering it doesn’t start until a couple of hours playing. This is where the confusion starts, due to some gamers thinking it should have happened at the start of The Witcher 3: Wild Hunt.

This ends up in many players not knowing if they made the choices they wanted to make. Xbox One and PS4 owners can make sure their choices carry on from The Witcher 2 by choosing to simulate, which will ready a scene after the prologue and sees an NPC ask you about your past. If you don’t want any of this, then make sure you don’t select to simulate.

Not to spoil your game, you will receive an invitation to a palace and when you finally arrive the section will appear. Those of you wanting to collect Emerald Dust can learn how to do this within this White Orchard map and guide.

Did you manage to simulate The Witcher 2 save on PS4, or Xbox’s new Wild Hunt? Also, did you choose to turn it on or off? If you are still confused, then watch the video below that details the scene which enables you to import decisions from the previous game.