The Sims FreePlay iPhone and iPad app has received an update to version 5.9.0, which is mainly for Apple’s PRODUCT RED promotion and Electronic Arts is proud to be an App Store partner. You will find Sims FreePlay new quests and items in this update with a fresh batch of screenshots with (PRODUCT)RED graphics.

We have included some of the new Sims FreePlay iPhone update screens on this page that have the, “Save lives with (Red)” message on some of them. It’s worth noting that 100 percent of the money spent on Product Red purchases will go to RED’s fight against AIDS. 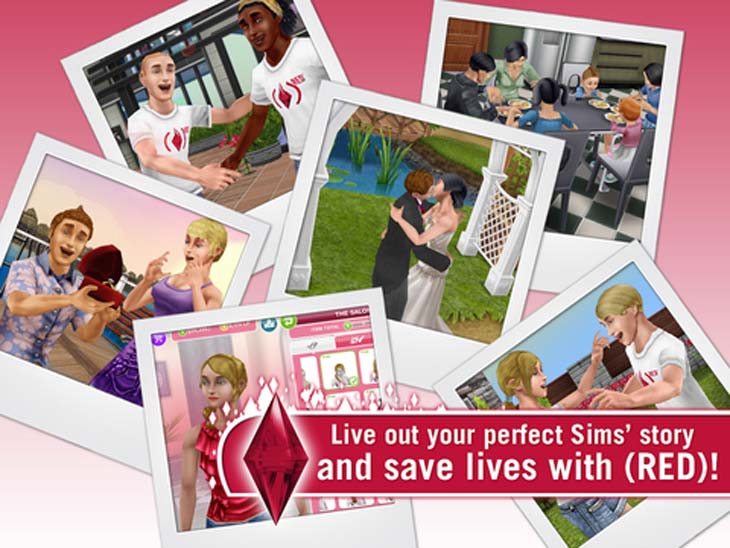 You can see some of the new items in-game in the screens above and below. This includes new RED tees and other items, also as mentioned above the (PRODUCT)RED messages are printed on these screens. 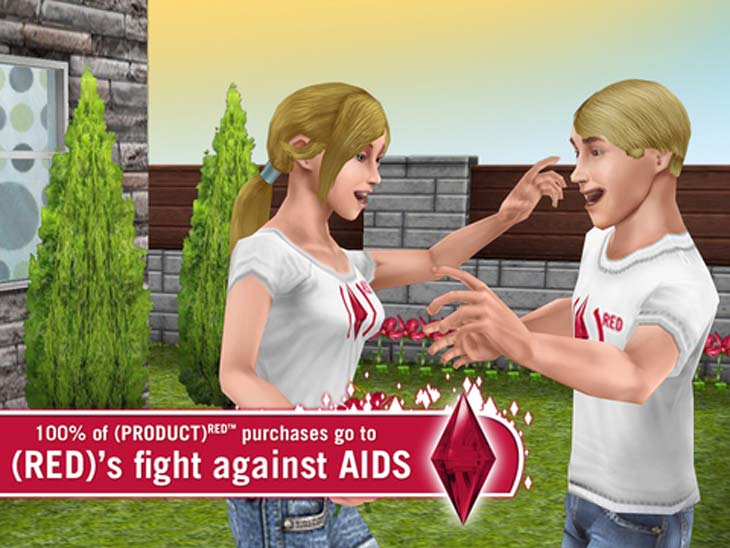 New in Sims FreePlay v5.9.0 update – running until December 7, you will be able to purchase special items in Sims FreePlay with 100 percent of the proceeds going to RED’s fight against AIDS. The additions include Special (POINTS)RED, The (RED) Flowers of Sim Town Quest, an All-Hands Monument, RED limited edition clothing, decor, and other items.

Have you collected any of the limited edition RED items yet in Sims FreePlay and taken on the new quests? You can download this update on your iOS device through the normal update method.