There are several Google Glass knockoffs doing the rounds, and while some look very shabby, we have to admit that the SiME Smart Glass doesn’t look too bad. We ask that you overlook the Scotch Tape holding the device together, as you have to remember that this is just a prototype device and will no doubt be removed once it hits production.

We cannot be too sure when the SiME Google Glass alternative goes into production because there is still a way to go before ChipSip has reached its finalized production model. However, there are a few positives to take from the device, although there area one or two areas that is of a concern to us.

SiME Smart Glass vs. Google Glass difference — The first and most noticeable difference is its price, as the SiME should cost $500 once it enters production, compared to $1,500 for Google’s eyewear. However, you will fully understand the price disparity when you see just how difficult it is to work the alternative device. 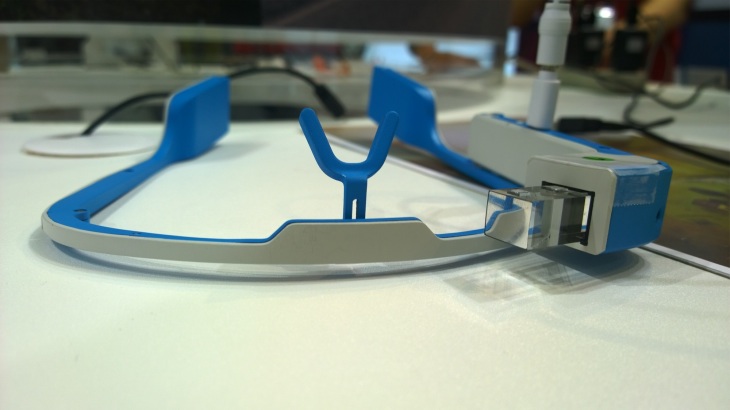 The user experience is said to be very finicky with the SiME Smart Glass because of its touchpad on the right-hand side, and selecting apps with the cursor can become very tiresome because it is not very easy to do. However, one of the biggest issues is the lack of voice control, although seeing as though this is a prototype, this could be added at a later date.

However, the biggest issue is with the use of stock Android, as not having a custom UI makes things a bit too clunky when compared to that of the much smoother Google Smart Glass.

You can watch a hands-on video of the SiME Google Glass alternative below.