Those of you who are currently playing Sim City 2013 on PC are due to receive some substantial new DLC content soon, according to EA. The previously ‘leaked’ Amusement Park package is coming to the game at the end of the month, although EA are yet to give an official price for the content.

We say official price, as some Sim City players may have already seen an early preview of Amusement Park, thanks to some premature information popping up on Reddit. That information suggested that the content would be priced at $9.99 and would have a release date of Tuesday May 28.

Now, Maxis has officially confirmed the content to be launching on May 28, so it looks like the $10 price tag will remain accurate as well. The problem with this, is that many Sim City players are a little frustrated that EA are already progressing with paid-DLC for the game, when they would prefer an update which brings bug fixes and tweaks first. 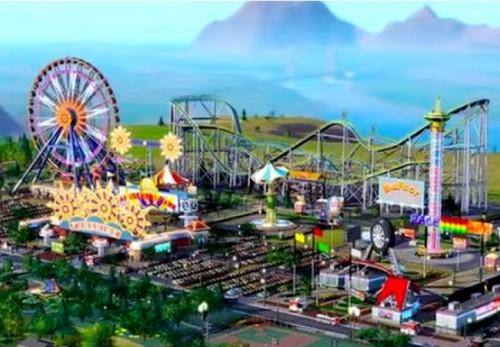 The content itself though looks great, a classic trip down memory lane for Theme Park fans and perhaps a mixture of what some gamers may have already experienced with Rollercoaster Tycoon. A video has been released above, explaining the content in more detail to give you a better idea of what is on the way.

The big question though: Are you willing to pay $10 for this content? We’ve already seen plenty of cries for the content to be made free, as a further apology for the server issues during launch. Then again, EA already offered a free game over that so perhaps it is asking for a bit too much on this occasion.

Sim City Amusement Park is due out May 28 – will you be buying it?