The last time we brought you news on the upcoming Silent Hill 8 game was back in June last year, when we provided our readers with a four-minute trailer. A few more details have now made their way online, including the updated title for the eighth installment.

According to a recent article over at nowgamer.com by Tom Hopkins, the eighth game in the series will now be known as Silent Hill: Downpour. Although we don’t actually know a specific release date as of yet, we do know that it will be arriving on the PS3 and Xbox 360 later this year. 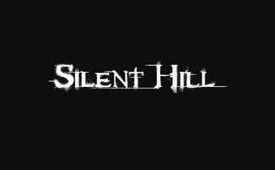 Tom’s article didn’t reveal too much information about Silent Hill: Downpour, as more details are said to be coming in the next issue of Game Informer magazine. The only details given were that players will see some new places and a lot of water in the upcoming game.

However, an article over at gamebandits.com provided a few more details, including the fact that the town appears so big that the developers felt the need to add a subway train system. Every time you use your weapon in Silent Hill: Downpour it will degrade, and eventually need replacing.

Are you looking forward to purchasing Silent Hill: Downpour?