We have previously confirmed that the new 2012 iMac is more of a minor update, which will lack a Retina display and a few other upgrades that some Apple users wanted, so this meant a wait until 2013 for those of our readers that want some major changes. It seems there will be at least one significant change on the 2012 iMac and also Mac Pro, although there is a possibility that the Mac Pro could see a launch date in early 2013 with something really special.

Losing the optical drive on both the 2012 iMac and new Mac Pro – considering rumors had surfaced late last month that the new iMac would be leaving factories this month, we should expect the iMac refresh to arrive in September at some point. Hints found in Mountain Lion config code make it pretty clear that the refreshed iMac will not include an optical drive, which specifically came from a Boot Camp plist file.

You can read more about the new optical-free Macs in an article here, and also see an image below that shows the very plist file. The image shows a few Mac codes, which includes IM130 for a 13th generation iMac (aka 2012 model), and also MP60 that relates to a new sixth generation Mac Pro (2012/2013 launch). These findings and previous statements from Apple show that the Mac Pro will not be discontinued anytime soon. 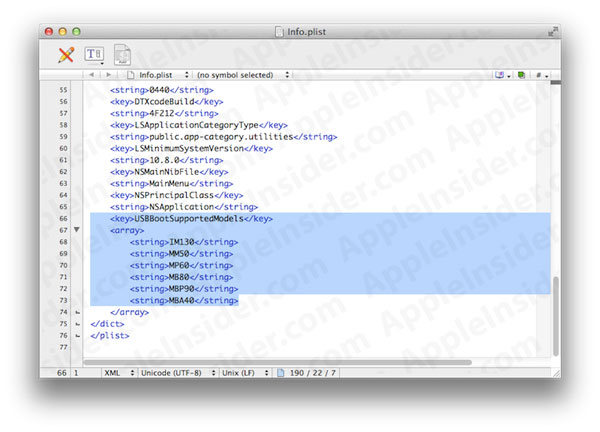 Are you happy to see the 2012 iMac and new Mac Pro drop the optical drive? There will be a number of Apple fans that won’t like the sound of this news, and this is especially the case for the Mac Pro that certainly has the room for such hardware. Apple promise something special with the new Mac Pro, so this might make up for it in other ways, although when it comes to the 2012 iMac we hope Apple include an anti-glare made-to-order option.