Sega gaming consoles — such as the Mega Drive and the Dreamcast — may be a thing of the past now, but it hasn’t stopped their classic titles from being very much a part of the present. For example, over the past couple of months we’ve heard news of a Dreamcast Collection and a Mega Drive Collection.

Now it looks like another classic Sega game is coming to the Apple iPhone. According to a recent article over on the iphoneappsfinder.com website, Sega has recently released the Shinobi III: Return of the Ninja Master onto the Apple App Store, so it’s available to download as from now.

The goal of the game is to use your character’s ninja moves and magic to destroy all the enemies and battle the bosses at the end of each level. Players are able to use shuriken, swords and magic to defeat their enemies, and the 28 levels will certainly keep them busy for a while. 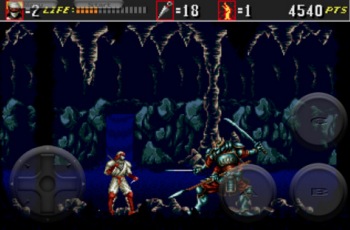 As the article notes, the Shinobi III: Return of the Ninja Master may not have 3D graphics, but it definitely is an addictive game. According to information posted on the itunes.apple.com website, the app is compatible with the iPhone, iPod Touch and iPad, but does require iOS 3.0 or later. 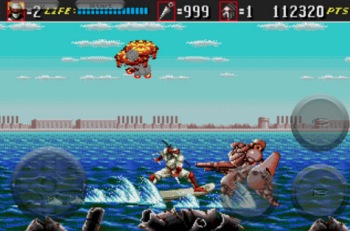 If you fancy giving the game a try, then it will cost you $2.99. Judging by the comments on the itunes.apple.com website, it looks like this game is definitely worth a go.