We’ve already heard news about a few games for the upcoming Nintendo 3DS handheld gaming console, including details and screenshots for The Sims 3, a trailer for Super Monkey Ball 3D and screenshots/artwork for the Resident Evil Mercenaries 3D game.

Now it appears that Japanese video game developer/publisher Atlus has just revealed details of their upcoming Nintendo 3DS project, which according to Debabrata Nath at gamingbolt.com will be called Shin Megami Tensei: Devil Survivor Overclock. 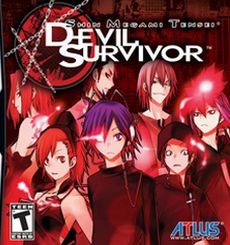 Shin Megami Tensei: Devil Survivor Overclock is of course a remake of the original Devil Survivor title that came out on the Nintendo DS back in 2009, but with better graphics, full voice-overs and a brand new scenario that is known as the “eighth day.”

According to a recent article by Liz Maas over at rpgfan.com, the developer has also promised more than 150 demons in the Shin Megami Tensei: Devil Survivor Overclock game. Although we don’t know a specific release date as of yet, we do know that the game is 90% complete.