We haven’t really heard much about the highly-anticipated Shift 2: Unleashed (aka Need for Speed: Shift 2 Unleashed) game since we brought you the release date update a couple of weeks ago. That’s all changed now however, with news coming in of a new trailer and details of the tracks and cars etc.

According to a recent computerandvideogames.com article by Tom Pakinkis, Electronic Arts has just revealed a fair amount of details about the upcoming racing game including information on the all-new helmet cam, and the return of Autolog, which was previously seen in NFS: Hot Pursuit.

The Need for Speed Shift 2: Unleashed game gives players a true realistic racing experience, with real-world drivers, cars and tracks. As like a lot of other racing games, Shift 2 allows players to customize their vehicles such as the suspension, body and even the engine. 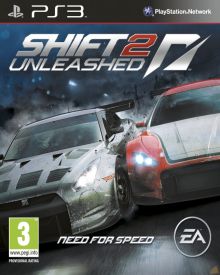 As I mentioned earlier, a brand new career overview trailer for the game has also been released recently. According to Paul Lloyd over on the realgamer.net website, the video shows how players will have to work their way up through the game from disciplines such as drifting, right up to GT1.

The needforspeed.com website has also been updated recently, with information on some of the manufacturers, cars and tracks that will be featured in the game. The first batch includes three manufacturers and four tracks including Chevrolet, Toyota, Brands Hatch and Ambush Canyon.