Although we haven’t got that much longer to wait until the much-anticipated Shift 2: Unleashed game makes its way into stores, there still appears to be the odd trailer popping up online from time to time. A brand new video has just surfaced on the Internet, which shows off some a few BMW racing moments.

As Joe Anderson over at vg247.com recently reported, the video — which was taken from the latest GTTV and can be viewed below this post — shows us footage taken directly from the game, showing off the team Need for Speed BMW Z4GT3 speeding around the streets of Miami.

The video also reveals a little more information about the “Boss Challenge Modes,” which sees players taking on real racing drivers in various challenges such as endurance, drift and time attack. Need for Speed: Shift 2 Unleashed will be released on March 25th in the UK and March 29th in the US. 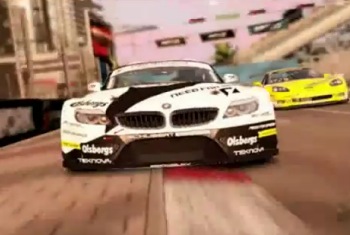 Judging by the video, it looks like both Electronic Arts and Slightly Mad Studios are taking aim at fellow racing simulators Gran Turismo 5 and Forza. In fact, according to a previous article by Mike Jackson over at computerandvideogames.com, EA claims that Shift 2: Unleashed is the most realistic racer ever.

Do you think that the Need for Speed: Shift 2 Unleashed game will be the most realistic racer ever? Which racing franchise do you prefer: Gran Turismo, Forza or Need for Speed?