If you are currently addicted to Sherlock Season 3 and are frustrated that the number of episodes are so short, we have some fantastic news for you. Your Sherlock fix can continue by downloading a Sherlock app called Sherlock: The Network.

Unfortunately though, we can tell that the Sherlock The Network app Android release date has once again gone missing. It’s yet another high profile app that has first been developed with iPhone and iPad users in mind as a priority.

The app itself is amazing. It features brand new video footage of your heroes Sherlock played by Benedict Cumberbatch and Watson played by the excellent Martin Freeman.

Even more exciting is that the app allows you to assume the role of a member of Sherlock’s homeless network and you must work against the clock to solve a series of puzzles around London. Like the TV show, you can utilize various transport methods on your quest such as the London tube as pictured below.

Watson will be on hand to assist you along the way, often giving you various texts, voicemails and Facetime calls in a style that echoes the amazing BBC production that you have just witnessed with Sherlock Series 3 on your TV screens.

The app isn’t free however, as it costs £2.99 to download. Having said that, this is probably one app that you wouldn’t mind paying the fee for as the effort that has gone into it can be seen by all.

Over on the Sherlock app website, you can already see that over 20,000 users have joined ‘the network’ in a space of a few days, with the creators promising new content once the number grows further. 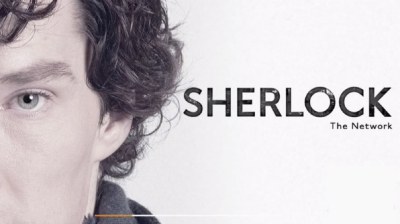 For those asking, we can also reveal that the Sherlock app release date in US is going to be January 27, while the price is going to be set at $4.99.

As an Android owner reading this, are you frustrated by the fact that these high profile apps are always developed with iOS in mind first?

At the time of writing, there is no update whatsoever on the likelihood of an Android version coming out soon.