Shenmue 3 lives. At E3, original creator Yu Suzuki appeared on stage to tell the world that Shenmue 3 is in the works. He wants fans to save Shenmue by funding Shenmue 3 on Kickstarter, in preparation for launch on PS4 and PC platforms only.

We can tell you that since that announcement on E3 roughly an hour ago, the Kickstarter page for Shenmue 3 has already had over $650,000 in funding at the time of writing.

It is growing exponentially by the second and it looks like the $2,000,000 goal is going to be met in a matter of hours, despite the fact that there’s a 30 day project – incredible. 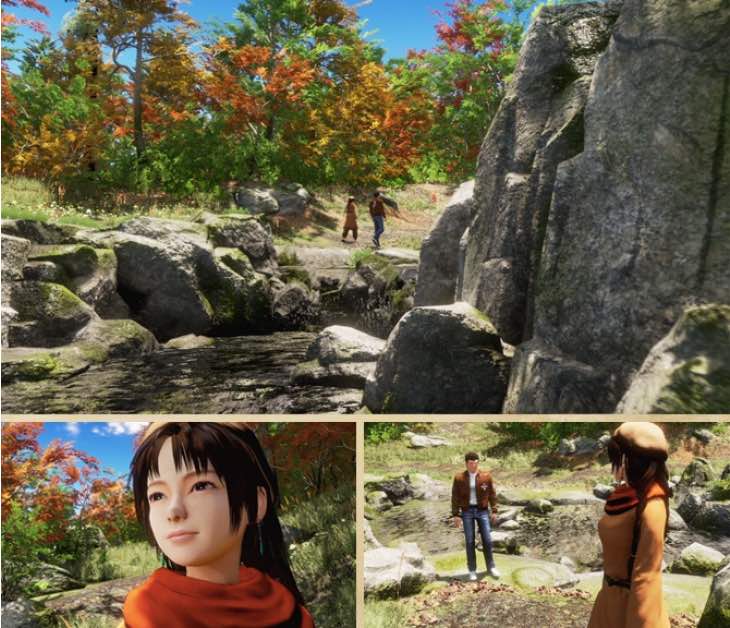 Then again, Shenmue holds a special place in old school gamer’s hearts akin to that of the Final Fantasy series so it is a massive deal.

One thing we do want to talk about though, is the fact that we noticed that on the stretch goals, there is no physical copy of Shenmue 3 on PS4 planned.

This is somewhat strange, given the fact that the game was unveiled at Sony’s press conference but they will only be offering a digital copy. 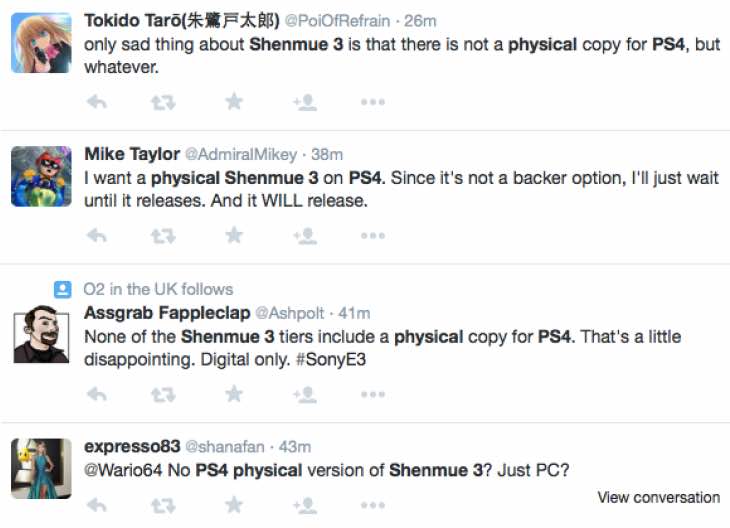 There’s a physical copy on PC up for grabs if you donate $60, but not for PS4? We wonder what the problem is regarding this, as you can see from the feedback above that many gamers are asking the same thing.

Hopefully Yu Suzuki or Sony will give us an answer on this, as we’ve already seen some state that they won’t back the project until a physical version is confirmed.

Are you slightly disappointed that there is no disc version of Shenmue 3 on PS4, or are you happy to just get a digital copy with the game finally confirmed?

Update: Great news! A physical disc version of Shenmue 3 on PS4 has been confirmed! Those who have already backed $60 for the PC disc can now opt for PS4 if they prefer.