In what looks to be a Kickstarter world record, Shenmue 3 has already been funded just hours after being announced at Sony’s E3 press conference.

It means that $2,000,000 has already been generated in a matter of hours which is incredible – with the actual total now at the time of writing standing at $2.6 million.

Now, gamers are wondering what is going to happen now that the initial target has been smashed. Xbox owners specifically are all asking the question on whether Mr Yu Suzuki will change his mind and deliver a Shenmue 3 Xbox One release date.

This is due to the fact that as it stands, Shenmue is only going to be developed for PS4 and PC. For some reason, Xbox One owners have been left off the list and there’s no doubt that many Xbox One owners who played the Dreamcast original or even Shenmue 2 on Xbox will be willing to pledge money for a version. 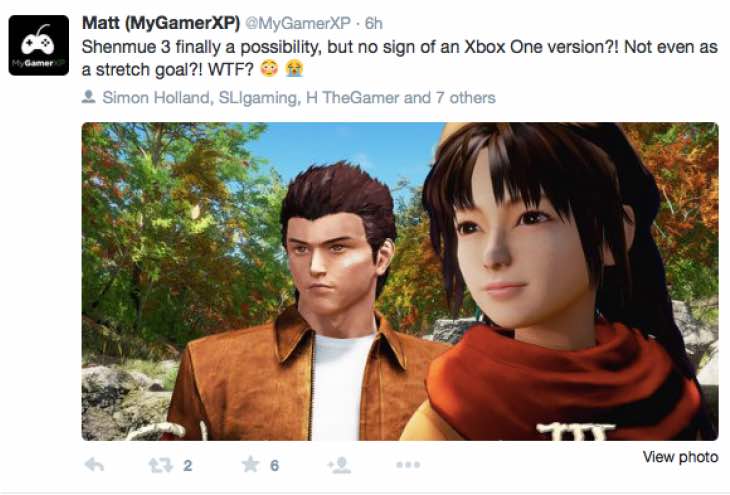 The good thing about Kickstarter is that the goals can change at any time based on how engaged the community are. You can see from one example of feedback above that Xbox owners really want to see this happen so let’s hope that the stretch goals change.

Something tells us that the game is going to be well worth the wait and there isn’t going to be any financial problems to hold development back, now that the gaming universe have well and truly spoken with their wallets.

Do you want to see a new Shenmue 3 stretch goal for an Xbox One version? If so, make your voices heard and let us know if you would be willing to donate if this happened.