We have a crazy rumor for you now as we build up to the start of E3 2017 which gamers around the globe are patiently waiting for.

This one involves Shenmue as there are whispers suggesting that Sony may be announcing Shenmue 1 and 2 HD Remasters at E3 2017.

It is no secret that Shenmue is one of the most popular franchises in gaming history and the recent Kickstarter for Shenmue 3 has raised over $6 million so that will be a moment to savour for those that funded it successfully.

As for Shenmue 1 and 2, these were Dreamcast classics in the old days and it isn’t the first time that we have heard rumors suggesting that they could be remastered one day for the current generation of consoles. 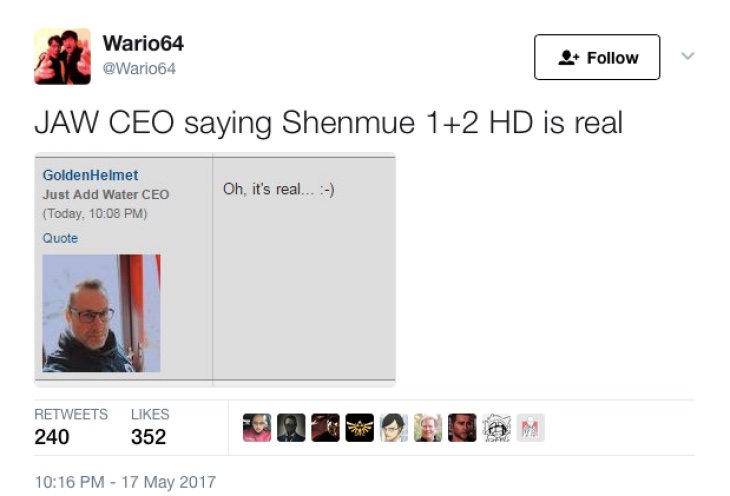 Check out the Tweet above from Just Add Water CEO GoldenHelmet who replied to the rumors on message boards by saying ‘Oh it’s real :)’.

For those that aren’t aware, Just Add Water are the developers behind the Oddworld games on the PS3 so could they be coming back to work on the Shenmue Remasters?

We need more evidence before we can get really excited, but for now just tell us what demand there is for Shenmue 1 and 2 on PS4 – would you buy these games or not?