We have some good news for those who are patiently waiting for news on when Shadow Warrior 2 is coming out on PS4.

It looks like we now have confirmation that the game will hit the PlaySation Store next week, with Tuesday May 16 or Wednesday May 17 looking like a good day to look out for when the Store updates.

We knew that the game was going soon due to being in certification but now it appears ready for release. 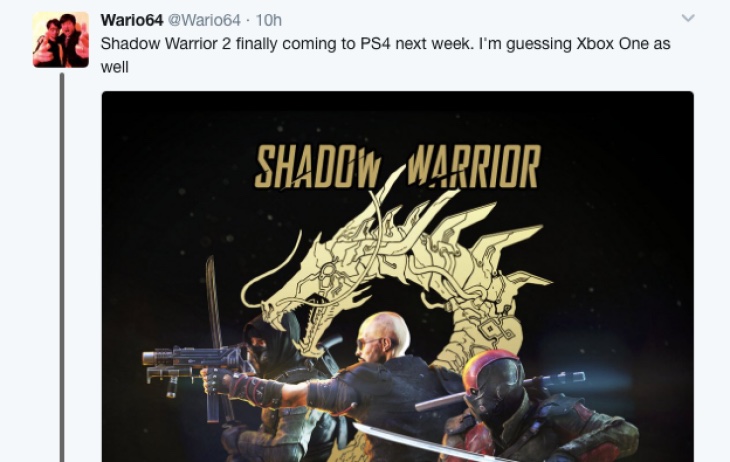 The Tweet above has seen been confirmed by the COO of Devolver Digital so it is looking promising for fans of the series.

As for the Xbox release, no news yet but hopefully we will get a simultaneous release on both platforms so everyone can enjoy it next week.

Is Shadow Warrior 2 top of your list of games to play this month and do you wish for a physical version?