There is a lot of talk right now on the growing trend of the use of Loot Boxes in console and PC gaming. One the latest releases Shadow of War uses this very mechanic and it has forced some PC users to take matters into their own hands.

It’s now been revealed that there is significant cheating going on with players able to get free Loot Boxes for Shadow of War on PC – so far, this isn’t possible on PS4 and Xbox One.

This is happening on PC due to a script and the Cheat Engine tool which can give infinite Mirian used to buy Silver War Chests or loot boxes. 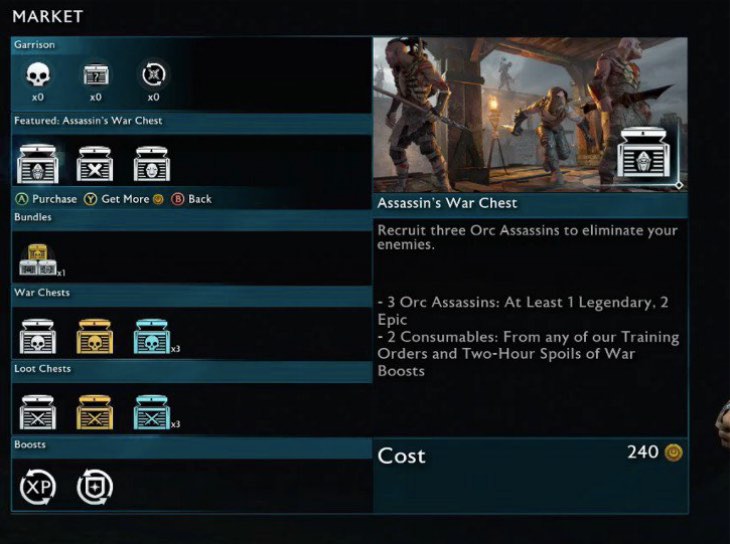 The saving grace is that the Gold War Chests used for online play hasn’t been compromised yet as these are locked away to real money purchases – but is it still worrying for you that many players are ruining the overall experience?

If this kind of practise ever makes its way to console then there is going to be a big problem for PS4 and Xbox One users. Considering that this has now become a trend on PC though, what do you make of it?

Has the gambling nature of the loot box forced PC users to cheat and should the loot box system be revised by the developers full stop moving forward?