After weeks of anticipation, Shadow of Mordor is now available to buy on PS4, Xbox One and PC as well as previous generation consoles. Those who have been playing non-stop may be trying to combine Shadow of Mordor combos together and we think we have one video which you’ll find very interesting indeed.

One hardcore player has already managed to find a method which basically gives unlimited combos using one special weapon. This weapon is the Epic Tower of Defense sword, which carries the ability to reset the combo timer by 10 seconds – allowing you more time to find the next opponent and continue the chain of combo.

Using this new strategy, we’ve got a video below which shows the player using it to amass a staggering 413-hit combo. The only problem in trying to replicate this for yourself, is that the sword is a random loot drop from enemies so it could take you a while to get it. 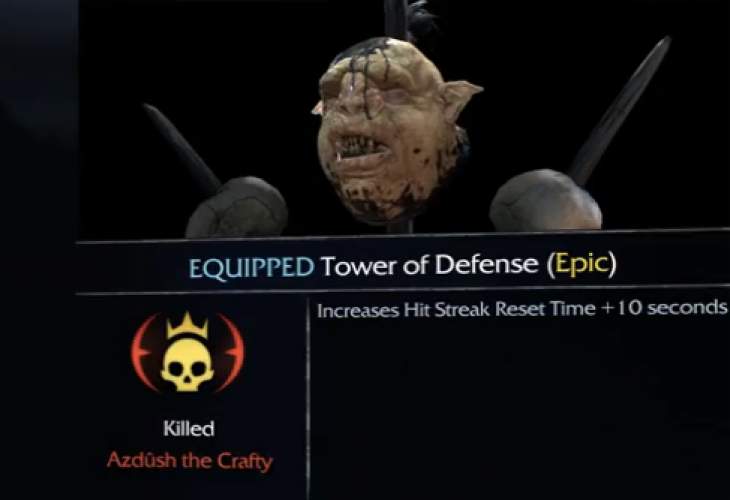 Once you do obtain it though, you’ll soon be racking up the combos in no time and it could be a good challenge for you to try and beat the 413 that this player below has managed.

As for the game itself, it could be the Middle Earth game that you have been waiting to play since Battle for Middle Earth on the PC. Try this out for yourself and let us know your highest combo so far.