When it comes to choosing between the Series 7 Samsung Smart TV and the Sony HX820, it is a difficult proposition to conclude which one you should by. We know that there are other models on the market, but these two represent the most equal from their range. These are both the second from the top of the range LED TVs from the brands, so we can expect some great features and superb image quality.

Choosing which has the best design really comes down to personal taste, but for us the Samsung slightly edges out the Sony. No longer do they feel like lumps of plastic like the first flat screen TVs did when they were first launched. The Sony BRAVIA HX820 is like an oversized photo frame, which sits nicely on its base. The 7 Series is also very sleek looking and offers a silver strip around the edge.

PC World Australia believes that if they had to choose they would go for the Samsung, as the bezel is just slightly thinner. Both TVs can connect to the Internet and offer a whole range of extra features. However, it is the Samsung that goes that one-step further with their Smart TV apps. 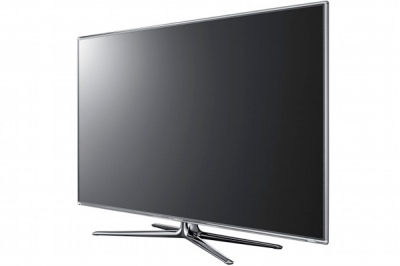 Do not get us wrong, you can still do a whole load of things on the Sony, but Samsung has taken things to another level, which you can read more about here. If features are not a deciding factor, then the price could be, as the Sony model is a couple of hundred dollars less. Is it worth sacrificing all those extra features to save you a few bucks? Samsung TV’s USA Facebook page can be found here.