It was last week when Microsoft took to the stage for Build 2016 and offered us detailed information abut Windows 10 Anniversary Edition, and with it there will be new emojis.

However, some were left out during the initial keynote, and now Microsoft have shared 6 more, which are the Secret Windows 10 Ninja Cat emojis. These were hidden away and will all feature the Ninja Cat. 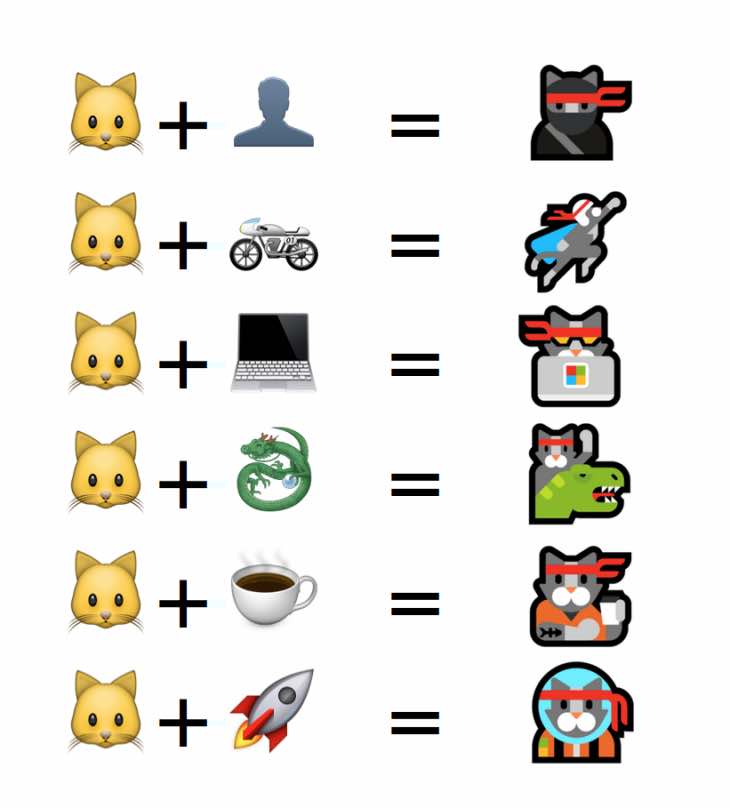 You can already see them early if you are a Windows 10 Anniversary Update tester, and the way to do this is by combining the cat emoji with other emojis, which you can see in the above and below thanks to emojipedia.

The six Ninja Cat emojis are as follows: ninja cat, a flying one, along with one at a computer, riding a T-Rex, having a sip of coffee and also a ninja cat in space.

Ninja cat is not new, as these emojis were hidden in event invites, and so it’s good to see these will become Windows 10 exclusives.

What other emoji sets would you like to see released as part of the Anniversary Edition of Windows 10?