Evidence of a new range of MacBook Pro’s is growing by the day, we recently told you about some SKUs which appeared on Best Buy, and also had some video’s from people trying to predict what Apple were planning. Now it looks like we could see some new MacBook Pro’s sometime this week.

AppleInsider has an article reporting that some dealers could be receiving sealed pallet shipments as early as tomorrow. They have allegedly been given strict warnings not to open the shipments. Also some of its bigger European retailers were told this weekend they could get deliveries today, which is Presidents Day in the US.

Apple normally avoids having major product launches on federal holidays, and according to someone who says they are familiar with the matter, an official announcement is due anytime. This same person also claims that any dealer who opens any of the shipments could lose their licenses. 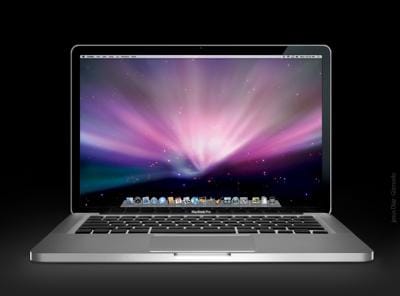 It is claimed that major European distributors ran out of MacBook Pros at the beginning of the month, with regional sellers not able to order new stock for more than two weeks. Another article on AppleInsider is revealing that Apple has raised shipping times for its range of notebooks, instead of the usual three days it has gone up to five days.

What do you think will we hear some official news soon?