Attention all sailers now, as there has been a new Sea of Thieves update this week, bringing the game to version 1.0.2 on PC and Xbox One.

For those that didn’t update yet or need a heads-up on what is new in Sea of Thieves, we now have the full 1.0.2 patch notes on Xbox One direct from Rare to bring you.

Key changes include an increase to the ship respawn distance to help reduce griefing issues and also pirates now needing to drop any treasure before using the Mermaid teleport option.

Rare has also fixed multiple server and client crashes in Sea of Thieves and specifically fixed the 0x80070005 error on PC. 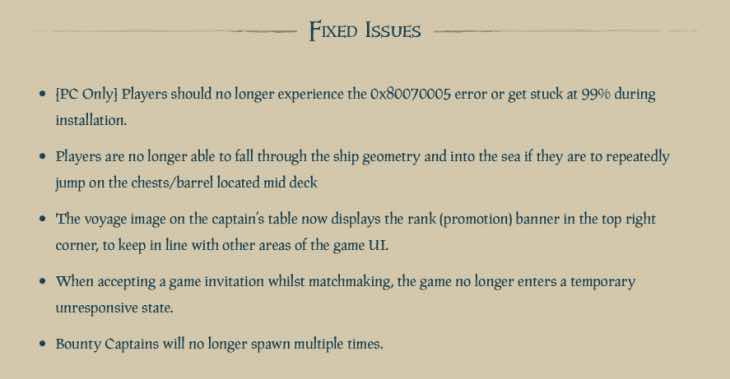 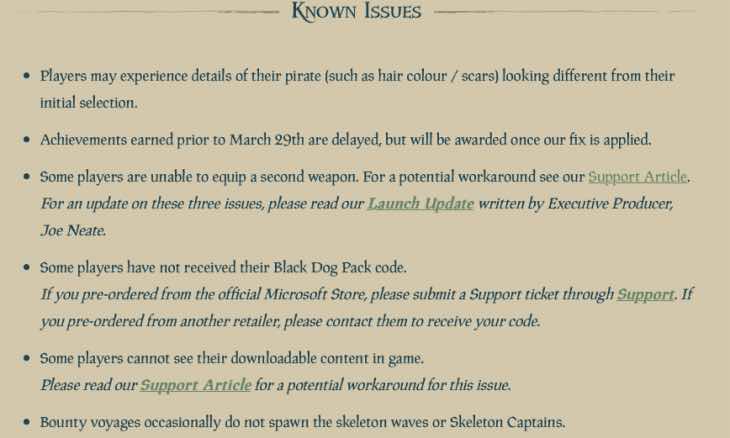 Check out the rest of the patch notes above, including the ongoing known issues highlighted by Rare and let us know what you would personally like to see fixed or added to Sea of Thieves in the next patch.