Rugby fans will be wondering what time the Scotland Vs Japan match starts in the UK, and that time would be at 2:30PM, although TV coverage will start at 2PM until around 4:40PM on ITV. We know that the likes of ESPN has their own predictions, but we feel you would be better using ITV Sport as a guide, as they do have a greater understanding of the game.

ITV has developed its very own Rugby World Cup 2015 app for Android and iOS, where you have find the latest news, match results and so much more. 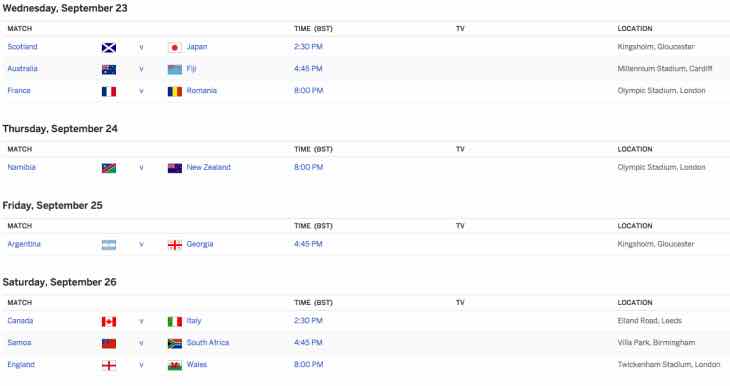 There are even some reports where sports pundits offer their Scotland Vs Japan RWC 2015 predictions. From what we have read the latest odds put Scotland at 1/8 and Japan at 11/2 to win. The odds for a draw is 33/1, although there is a general fear that the underdogs could pull a surprising win seeing as though they upset firm favorites South Africa by beating them over the weekend.

For those of you that have downloaded the app, you will be able to play along with other users during each match. You can vote during those matches to see how you feel the teams are doing, and there is also a kicking game that you can have fun with.