Since the Apple iPad was released in April 2010 we have seen lots of tablets come and go, while you can’t fault top-end models in terms of intuitivity, size and weight you could argue that the virtual QWERTY keyboards offer a far from perfect typing experience than the physical QWERTY keyboards which we have used for years. For this reason lots of tablet users opt for a wireless keyboard, however these aren’t exactly ideal for usage on-the-go, this is why Scosche came up with the Scosche freeKEY.

So what is the Scosche freeKEY? Well it is a flexible QWERTY keyboard which is water resistant, it can connect to devices to via Bluetooth. What does this mean? Well it means that you can roll it up, put it in your pocket and use it with a whole host of devices, Scosche seem keen to promote how it will connect to iPad and iPhone along with Android tablets and smartphones, that said it will also work with Windows and Mac OS X. 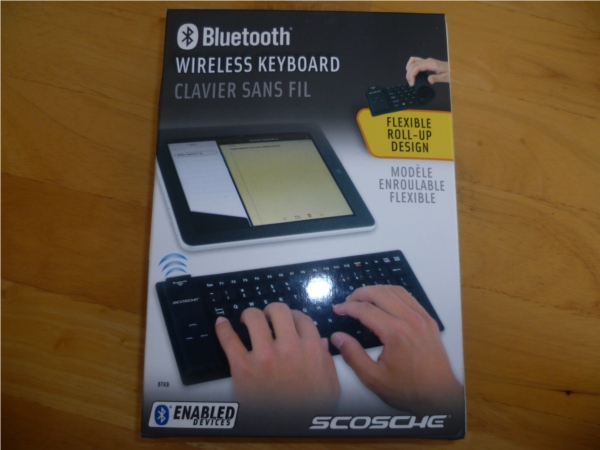 Once out of its retail packaging the freeKEY measures in at 295mm x 110mm x 11m, despite it being 11mm at its thickest point this is only where the battery is located, where they keys are located it is roughly 3mm thick. The whole keyboard is coated in a rubber material, not only does this make it waterproof but it also ensure that it does not slip easily when you lay it out on a surface. 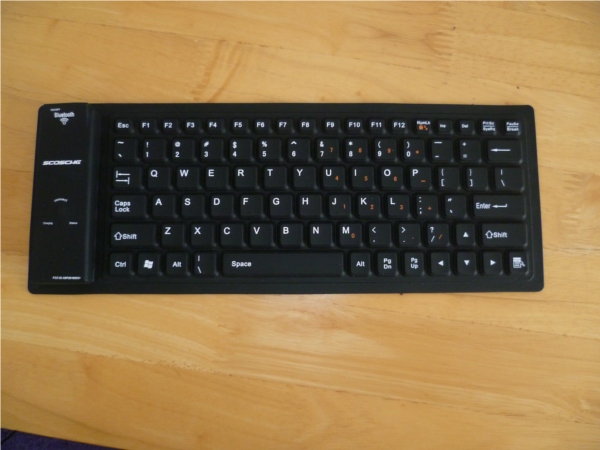 On the left hand side of the keyboard there is a rubber flap which covers a microUSB port which is used for charging the keyboard and also there is a power switch. We found the rubber flap a little bit awkward to put back into place, but that was not a massive issue. 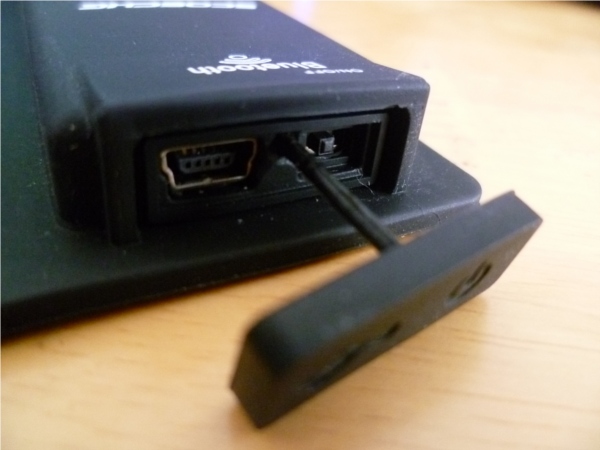 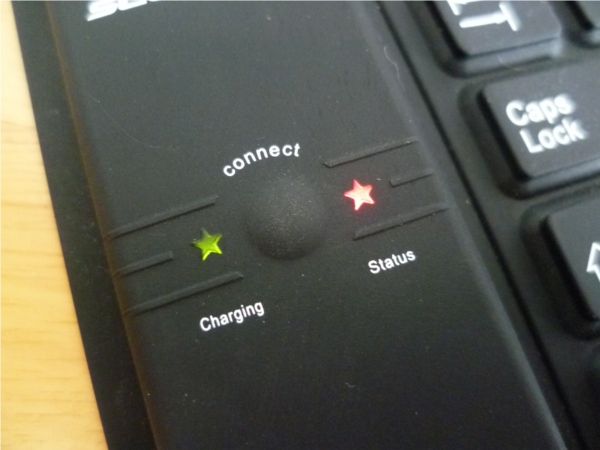 Setup is surprisingly easy, simple ensure that the keyboard has been charged up (via the retractable cable which is provided) and then turn it on, once turn on press the connect button and then search for Bluetooth devices using your iPhone, iPad, Android device Mac or PC, at one point you will be asked to enter a code to authenticate the connection, simply type in the code on the keyboard and press “Enter”, a few seconds later you will be connected, it really is as easy as that. 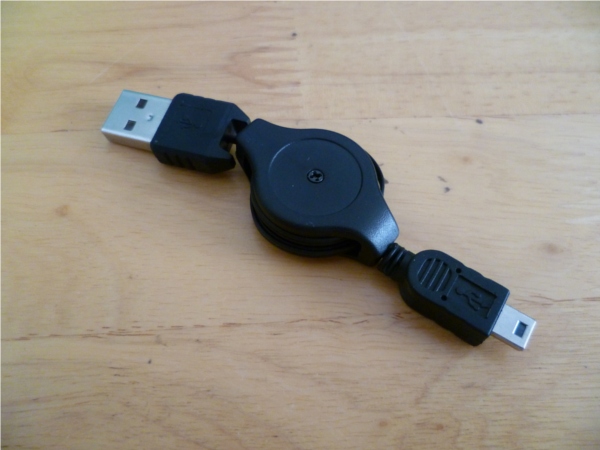 While we are talking about pressing the “Enter” key we must quickly mention a slight annoyance, the backslash key is situated between “Enter” and “Backspace”, which is by no means what any of us are used to, that said it is not often that we need to use that key. 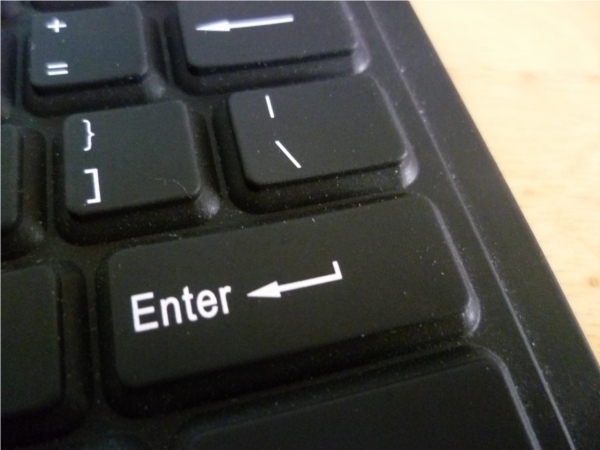 We connected the freeKEY to a wide-range of devices with no compatibility issues, devices include the HTC Desire, HTC Sensation, Apple iPad (1st-gen) and a Toshiba laptop running Windows 7, to be honest it makes for a great keyboard for Windows, however it is also great if you are looking to type quickly on your iOS or Android device which usually requires the use of an on-screen virtual keyboard. We did notice that Android devices did not recognize the use of Caps Lock, so instead we had to hold shift, which was no major issue, but would almost certainly be shock to the system for some of you. Another slight annoyance is that the up arrow is located between the right-hand side shift button and the forward slash key. 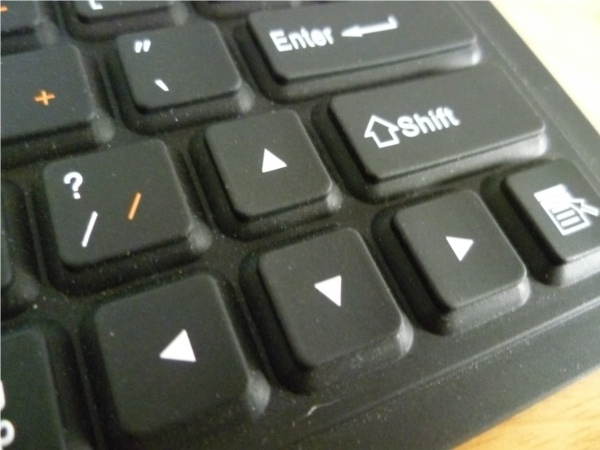 The Scosche freeKEY is not designed to replace your everyday keyboard, instead it is supposed to be a hard-wearing portable input device which offers a richer typing experience than the on-screen virtual QWERTY keyboards which smartphones and tablets offer, we can confirm that with this in mind it is a success. We weren’t expecting to type on this as quickly as we would on a laptop keyboard etc and we were right, however after 10 minutes of usage we were pretty won over, the rubbery keys required you to press them harder than you have to on an average keyboard, but once you get used to this you will be typing much faster than you would be with the on-screen keyboard and churning out some pretty impressive words per minute.

Scosche has made this keyboard both waterproof and portable, we envisage people rolling up the keyboard (see image below) putting it in their pocket and then laying it out on a flat surface wherever they are, therefore the rubber design suits this perfectly. We didn’t really want to submerge the keyboard in water, however we would confidently use it in light rain without worrying, that said this is a bit of a gimmick as you will not really be doing it. If nothing else it means that if a drink is spilled on the keyboard it shouldn’t cause damage, which may come in handy. It also means that if your drink leaks in your bag, or your pocket gets soaked your keyboard will be safe. 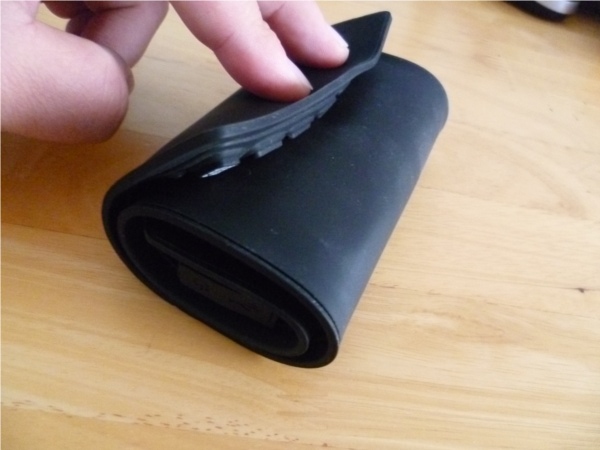 Range depends heavily on the device the keyboard is connecting to, however as long as there are no walls between the two devices (which there shouldn’t be) you should be fine for up to 30 feet (which is what is written on the retail packaging), we tested it and it worked fine from one end of my hallway to the other, which equates to roughly 15 feet. As for battery life there are lots of factors which can affect this, we used it for roughly 3 hours non-stop without an issue, obviously the best thing to do is take the retractable charger cable with you, but it will take 2 hours to charge fully.

If you head over to Amazon.com today you can get the Scosche freeKEY for just shy of $60, if you find yourself using your tablet more than the average person, especially on-the-go, we think it is a great little purchase which will increase productivity, if your looking for a keyboard which will stay at home there are plenty of keyboard which will offer a richer typing experience, but these can’t be rolled up and put in your pocket, this really is its selling point and we have to say that Scosche’s build quality and materials used cannot be questioned. Below we have embedded a few more photos of the freeKEY. 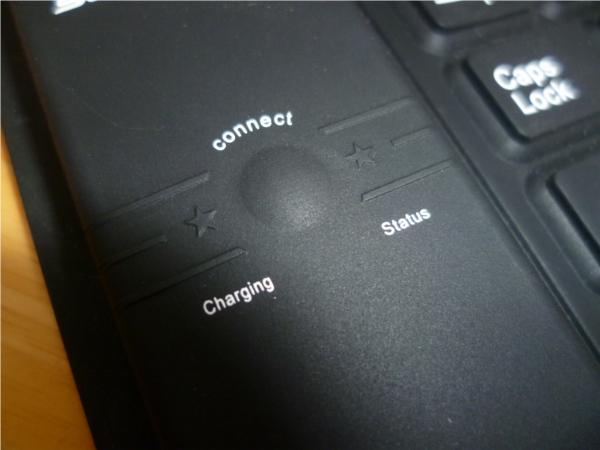 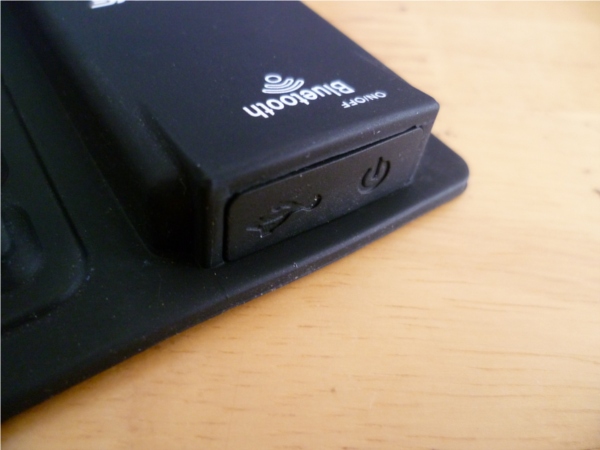 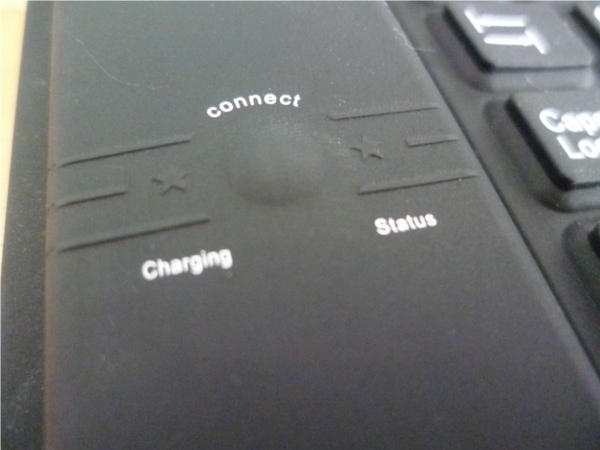 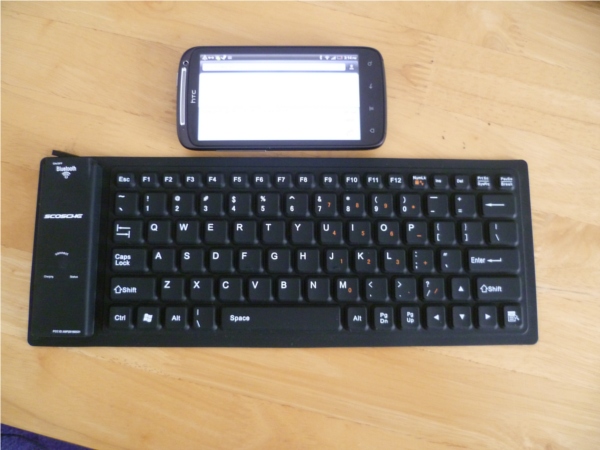