Before Audi fully takes the wraps of its second-generation R8 V10 they have been allowing certain media outlets to see how it performs around a racetrack. However, rather than let people loose on these new models just yet, these are more like a scintillating third-person review of the 2015 Audi R8.

The camouflage does a terrible job of hiding the similarities in terms of styling of the new model compared to the current one, but it’s more about what hides beneath. Audi has done a huge amount of work and has changed the overall dynamics of the supercar.

We already said how it now has a faster 0-60 mph time, and a top speed of 205 mph, but it’s about so much more than that. So many improvements have been made to make this even more of a drivers car, which you get to see a glimpse of in the video below of it doing a few laps around the Ascari circuit. 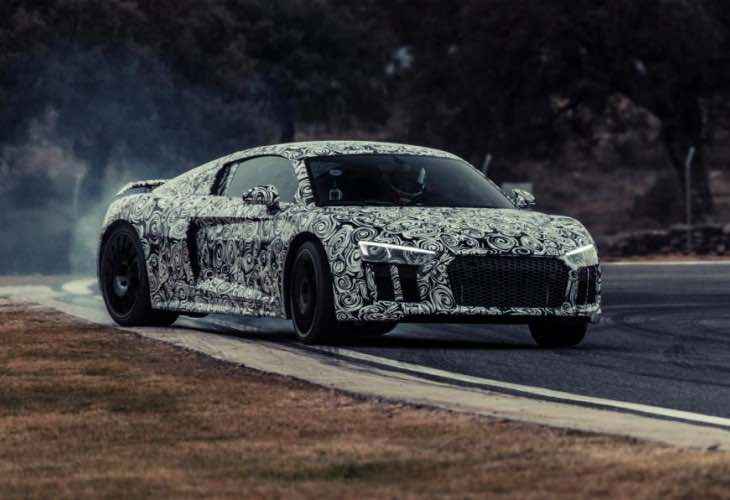 It will be interesting to see what happens once the Top Gear UK team get their hands-on the new R8, as we will finally see how it compares to the current model around their test track. We expect the Stig will record a much faster time because of the fundamental changes, which you can read in detail on Autocar.

However, we can tell you that the 40 percent improvement to its static rigidity, and weighing 66kg less will both be key factors of improving the car as a whole.