If any of you just happen to be a fan of Superbike World Championship, then we have some pretty exciting news to bring you all now. Italian-based video game publisher Black Bean Games has just announced that the SBK 2011 game will be arriving on the PS3, Xbox 360 and PC in May next year.

According to a recent article by Stephany Nunneley over at vg247.com, the SBK 2011 game — which is currently in development at Milestone Studios — will feature a brand new artistic direction, as well as a few improvements to its gameplay and graphics. 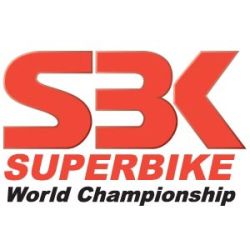 Black Bean revealed that the upcoming title will also include an up-to-date driving mode and improved environments, menus, lighting effects and 3D objects. SBK 2011 will feature the official package of the 2011 Championship Season, including all tracks, all classes and all riders.

You can also find some pretty neat screenshots over at vg247.com, which show some of the motorcycles in action. Are you a Superbike World Championship fan? If so, will you be purchasing this game when it arrives in May 2011?