As today is Valentine’s Day, wouldn’t it be nice to be able to say I love you to that special person in a different language? A free iOS application is available which can teach you to translate fifty nine different languages.

myLanguage Translator Free, brings you a comprehensive translation solution that has more advanced features and functionality than other similar applications.

A vast range of different languages are supported, 59 in total. Previous translations can be searched at any time with no internet connection needed, with translation history.

Other features of the application include adjustable Font size, 360 degree rotational support, language/country “dialect” paring, and quick source/target language swap. Some of the languages supported include Spanish, French, German, Greek, Arabic, Welsh, and many more. 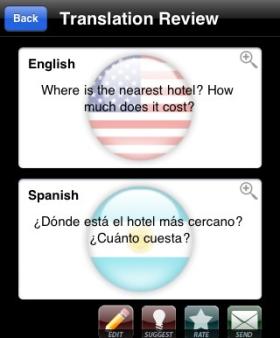