Google last updated its Maps app on the 20th of May for iOS and the 28th of May for Android devices and with it brought the much-needed true offline maps mode. Some users are still not happy with this feature though, which we will get to a little later.

First of all we are sure many of you will want to know how to use Google Maps offline, and so we will go through the steps in order to make this feature work. There were ways to do this before, but with this latest version of Google Maps, it is now far more intuitive.

Now you will be able to save a section for offline use and access this information at a later date when you still do not have a connection.

First things first, make sure you have the most up-to-date version of Google Maps running on your Android or iOS device, 8.0 and 3.0 respectively. Launch the new updated version and right next to the search bar you will see a profile icon, you will need to tap on that and then scroll all the way to the bottom of the page. 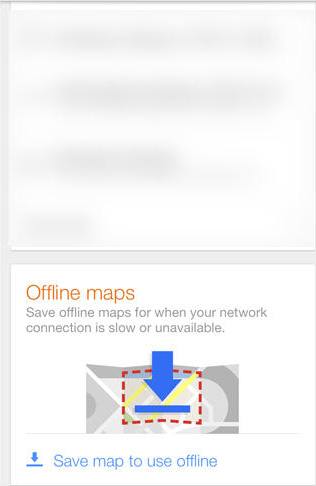 Once at the bottom you will notice a section that is new to this app, which is there for offline maps. There are two options for you to save for offline use; the first is in the settings section or just by typing OK Maps, which you can see in the image above.

Now that you have activated the save dialogue you will now be able to perform several tasks of an area you have saved, such as zoom in and out.

We mentioned above that there was a downside to save Google Maps offline, and that was you could only save the offline maps for up to 30 days, which after that time the app will then remove any saved maps.

We would just like to tell you that the process that we described above is the same for Android devices and iOS, which include the iPhone and iPad.

Speaking of the most recent Android update of Google Maps, do you think the font size is too small? It also looks like there is to be another update, this time Google Map 8.1.0, and with it will bring an old favorite back, Terrain View. Are you pleased that some old features are coming back, or should Google look ahead to new features?