If you have been paying attention to the latest Liverpool transfer news, you’ll know that Samuel Eto’o was ‘reported’ to have already had a medical and was lined up as a replacement in case the Balotelli to Liverpool transfer didn’t go through for whatever reason.

Now though, it looks like Eto’o won’t be arriving at Anfield but we had these images lined up for you just in case to give you an idea of how the former Barcelona star would look like in the Liverpool colours. 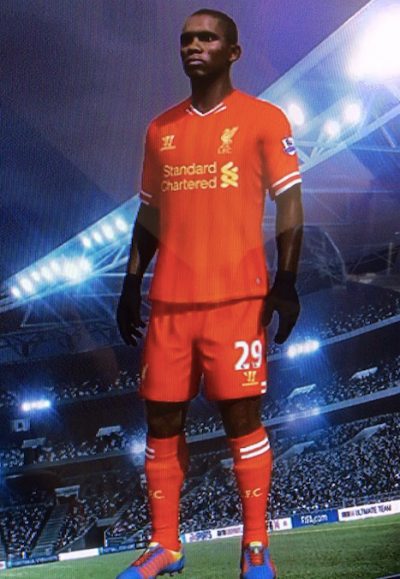 This is obviously taken from the FIFA 14 game engine and shows Liverpool’s Home kit for last season. Liverpool have since altered their kit slightly with white lines instead of yellow, but we still love seeing Eto’o in a Liverpool shirt nevertheless.

Our images of Balotelli in a LFC top on FIFA went down a hit, so let us know what you think of these pictures of Eto’o instead. Would you have liked the player to join LFC as a ‘3rd’ striker – that would have been some prospect, especially seeing Liverpool’s striking options on FIFA 15.