We have some great news for those of you with the Samsung Galaxy S3 in the UK, as it looks like the highly anticipated update to Jelly Bean is now starting to rollout to customers on the Three network.

Unfortunately, it doesn’t appear to be the same story for US owners, as Samsung are still making consumers wait further, probably until the UK rollouts have finished we expect. We’ve heard that the Android 4.1 update is also going to be available on O2 very soon, but for now it should be live if you have the Three version and can be pushed right now by heading into your phone’s settings.

Better yet, you won’t have to mess around with the Samsung Kies software either, as some users have already told us that their update took place via an OTA notification that became available just hours ago. To make the update transition a smooth one, ThreeUK has provided an update guide online here, to help consumers who are having difficulty getting the update to start. There’s a further guide on using Kies if you require this as well here. 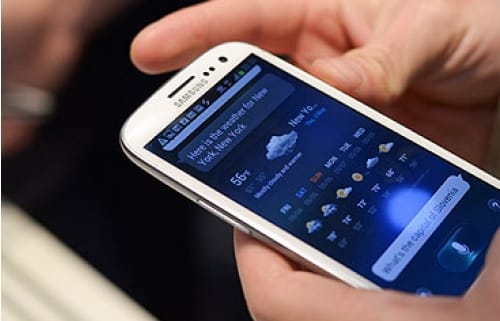 Aside from the general performance and speed improvements that Jelly Bean will bring to your Galaxy S3 on ThreeUK, you’ll now be able to enjoy the impressive features of Google Now – Google’s version of Siri and a voice assistant that is clearly better than Samsung’s own S Voice effort.

While UK consumers on Three are obviously going to be very happy with the update over the weekend, it does raise another question as to when US consumers are going to get the update after all of the numerous delays. If you have the Galaxy S3 on Three in the UK, let us know if you have already received your notification to update to Jelly Bean over the air.

Was the update well worth waiting for in your opinion?