We have some rather exciting news now for those of you that live in the UK and are maybe looking to buy yourself a new smartphone. It appears that the Samsung Wave II — also known as the GT-S5830 — has recently arrived in UK stores.

As Michelle Ruhfass over on the mobileburn.com website recently reported, the Wave II can now be picked up for free from both Phones4U (on various carriers) and O2, as long as customers sign up to a contract. The GT-S8530 runs on Samsung’s Bada 1.2 Operating System.

The Samsung Wave II is powered by a 1GHz processor, and features a 5-megapixel autofocus camera with flash and 720p HD video recording, Wi-Fi (b/g/n), HSDPA, Bluetooth 3.0 and a 3.7-inch Super-Clear LCD touchscreen display, which is slightly larger than that of its predecessor. 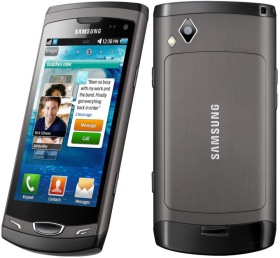 According to Paul Lamkin over at pocket-lint.com, Samsung is also offering a free entertainment package for those who pick up the handset before March 31st. The bundle includes Assassin’s Creed: Altair’s Chronicles, Tetris, FIFA 10, Monopoly and Need for Speed: Shift.