You can always count on Samsung to produce a stunning TV, as they seem to do a far better job than their rivals. Take the Samsung UN55H6350 55-inch Smart LED HDTV, its looks are superb, as are its specs, although not as much as some of the newer models. We wanted to give you a little reminder that this model is still out there, seeing as though its features can still compete with some of the newer models from other TV brands, although at a price that is very comparable.

The Samsung UNH6350 has a distinctive spider stand that sets it apart from most other LED TVs, and means you will want to position your TV on a cabinet rather than a wall, as it would look less distinctive if you did. 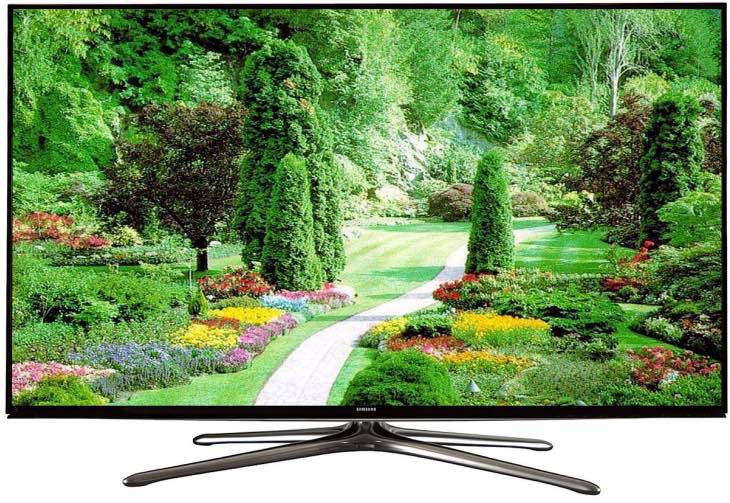 Below you will see a Samsung UN55H6350 review video that covers various sizes of this model, as they all feature pretty much the same specs and features, although the main focus of this hands-on review is the UN55H6350 LED TV model.

Samsung UN55H6350 specs – As ever we know that one of the first things you look at when buying a TV is its specs – well the price first of course. First of all there is that 54.6-inch screen with a resolution of 1920 x 1080 and a 240 Clear Motion Rate, which is more than enough to keep up with fast motion scenes. There is also Wide Color Enhancer Plus technology to make the picture much more vivid, and the 2 x 10 watt speakers offers pretty decent sound, along with several sound presents.

You can see an image of the connections below, which consists of 4 HDMI ports and 3 USB inputs, so more than enough for all your entertainment needs. This model also comes with Smart TV functions, although because of this being an early 2014 model it lacks voice control, which isn’t too much of an issue considering how much you save on this model. 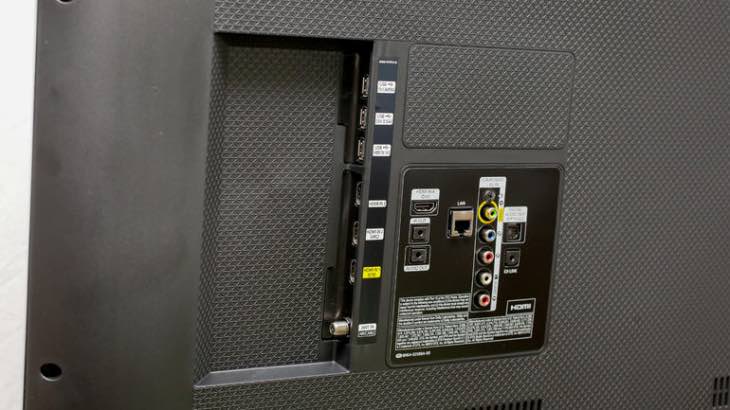 If you would like to get a better understanding of what the Samsung 55″ 1080p 120Hz Smart LED HDTV UN55H6350 TV is like, then there is an impressive review to consider. CNET was rather impressed with its design and more than capable Smart TV suite to give the user more content at their finger tips. However, they were not as impressed with poor black levels and a sound quality that did not live up to expectations.

Just remember, this TV is now several months old and so will not demand a hefty price, so you should be able to find the Samsung UN55H6350 at a price that will make its shortcomings less of an issue.