We did not think it would be too long before we would start to see some November Groupon deals, which have started a little early before the main event later this month. However, this is a perfect way to kick off the Holiday shopping season, and one product that has already started to prove popular is the Samsung 50-inch UN50J5200 LED 1080p Full HD Smart TV. 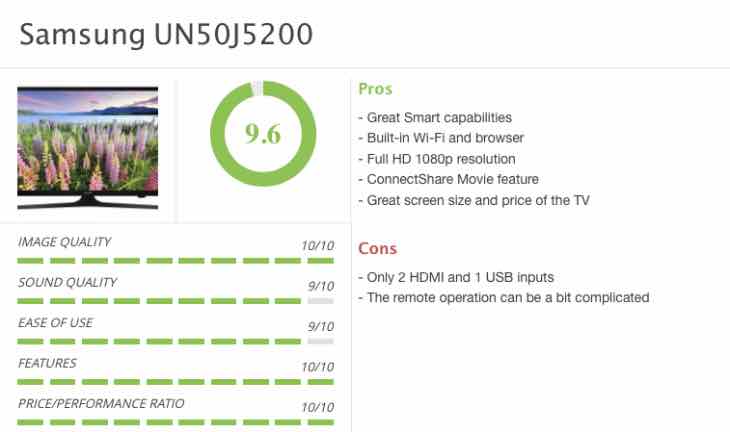 We can fully understand why some of you will not want to rush this purchase, even though time is limited, and its price is massively reduced. It is for this reason why many of you out there would rather consult with a Samsung UN50J5200 review before making that final decision. Thankfully, there are two ways in which you can do this.

The first is by reading this specific review that states this particular model is fun, affordable and smart. The positives are that this TV comes with built-in Wifi and a web browser, has Full HD, and comes with the ConnectShare Movie feature. However, there are three negative points, and those are only having 2 HDMI inputs, 1 USB and the remote can be complicated to operate for some of you.

If you would rather get a more general consensus from Samsung UN50J5200 owners, then you could visit Amazon, where owners have written their own hands-on reviews to share their own experiences. Do you prefer to go for a professional review on such devices, or much prefer to see what actual owners think?