On Monday we announced that Samsung had released its SDK for Smart TV apps, even though at the time they never had a TV running on the OS. However, we should not underestimate Samsung because they do have a Tizen Smart TV prototype, which they gladly showed off during the Tizen Developer Conference.

This very first Samsung Tizen Smart TV does help show of the potential of the new range of TVs, although we have to wonder if it will be the success Samsung hopes it will be? The TV that had Tizen OS running was of a curved variety, and while the UI and features do seem rather impressive, you have to remember that this is still a prototype, and so changes will be highly likely.

We have a video showing off the Samsung Tizen Smart TV prototype below, and we don’t expect its public release until later this year, or even early next year. However, what this video does is give us a good idea of what to expect, and we have to say, it is rather impressive, and we look forward to seeing what Samsung can offer us when they are not held make by Android constraints. 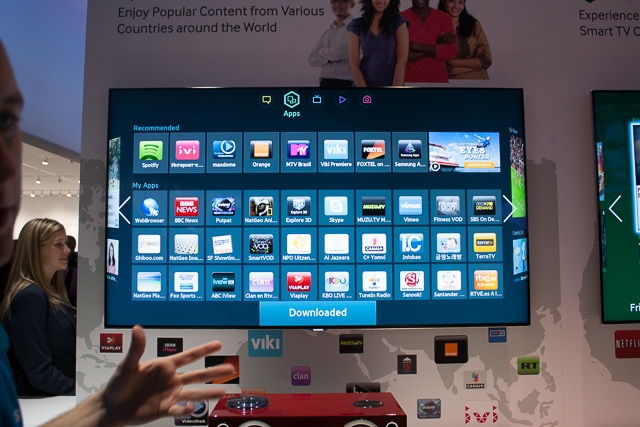 Seeing as though the TV is a prototype and Samsung has only just released the Tizen SDK, the apps that were on show were small in numbers, although we do get to see the new UI and a new web browser that seems to center on YouTube.

Watch the Tizen Smart TV Prototype demo and let us know if you think this has potential and how long it will be before it hits the market?