Samsung support channels have been extremely silent over the past couple of days in regard to Samsung TV Smart Hub problems. While there’s no major outage, it’s clear thousands of users are finding the Smart TV apps suddenly not working with popular platforms like Netflix, Hulu, and other apps through their software and servers.

One Product Reviews reader had this to say, “Samsung’s TV Smart Hub won’t load Netflix, Amazon Prime, BBC iPlayer, 4oD, or ITV iPlayer but works fine in the web browser”. Even the Rightmove app on the same platform isn’t working with a “Network is not connected” error when we tried moments ago.

This one complaint above isn’t alone, as you can clearly see with hundreds of people on Twitter asking if the Samsung TV Smart Hub servers are down today.

Outage websites like Down Today have been flooded with people connecting in regard to the Smart Hub issues and also the likes of Down Detector’s related page. It’s worth mentioning that the problems seem to be not localized to a country, as we have seen outage reports in both the UK and USA. 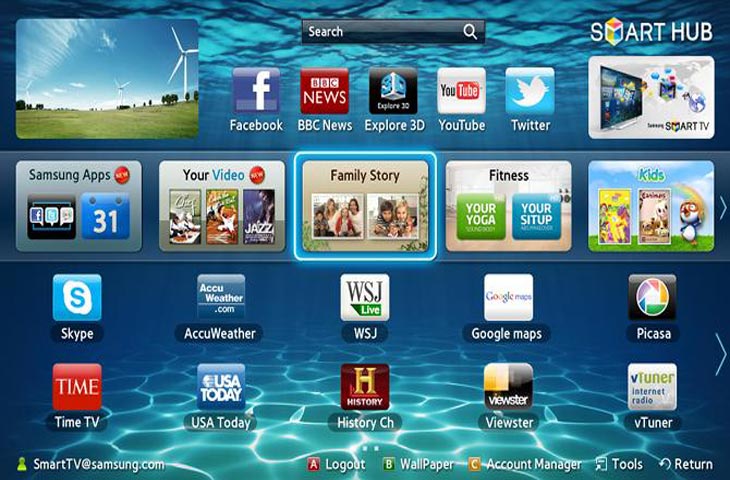 One fix for current Samsung TV Smart Hub problems – We have seen a few users suggest a fix that others confirm works. In a nutshell, they are heading to the Smart Hub and “press the fast forward button“. Then, users have managed to fix the current issues by “pressing 2, 8, 9, and then rewind“. This then allows you to change the country settings, like one user did by selecting Canada, although they lived in the United States.

It’s not clear why this works but it has been reported to, as they make this change and then follow the process once more by selecting their own country again, which puts back all their apps to get it working again. Please remember any such changes you undertake are at your own risk.

Have you had problems with the Samsung Smart TV Hub in October 2015? If so, have you seen any response from support in regard to these issues?